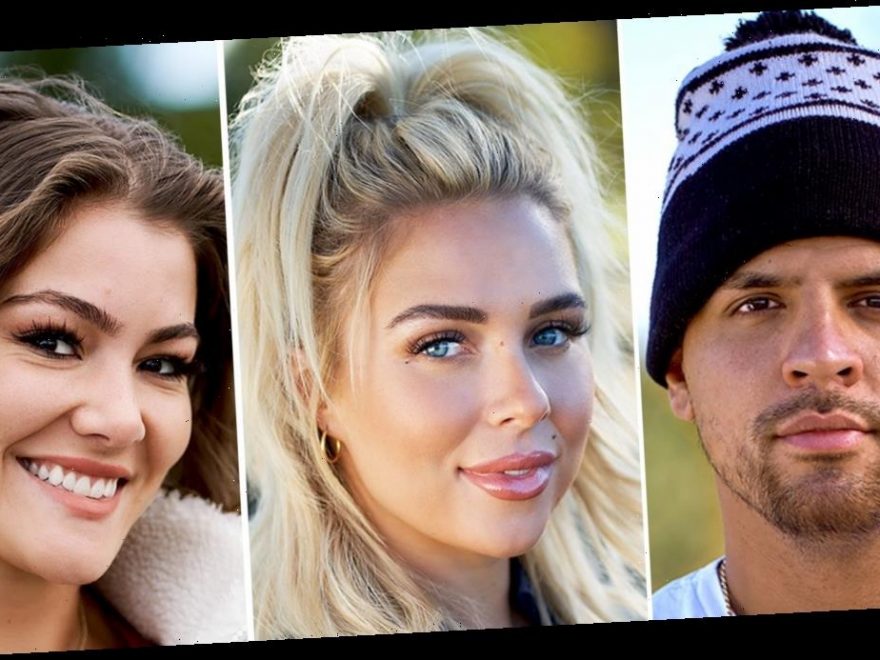 A messy Fessy! Fessy Shafaat has been getting closer to Gabby Allen inside The Challenge: Double Agents house, but he’s not sure how he actually feels — especially because he also is interested in Tori Deal.

‘The Challenge’ Couples Who Are Still Going Strong

“Me and Tori became just friends. She’s got a man, so it’s, like, I can’t cross that line. But it’s like, you can’t help the way you [feel],” Fessy, 29, tells Cory Wharton after spending the night cozying up to Gabby, 29, in Us Weekly’s exclusive sneak peek of the Wednesday, March 10, episode.

In his confessional, the Big Brother alum reiterates that there “has never been a line crossed” with Tori, 28, as she was still engaged to Jordan Wiseley at the time. (The pair announced their split in November 2020, breaking things off after Tori came home from filming.) “I respect what she has. You’ve got Gabby, who I’ve been getting to know and she’s a dope girl. She’s very hot. It’s just a very complex situation. I have a lot of stuff to figure out when I get out of here.”

Cory, 30, for his part, tells him that the last time he spoke with Tori, things weren’t going great with Jordan, 30.

“I think Tori and Jordan are gonna call it quits. You and Tori are gonna give it a go,” the Teen Mom OG star says. “You guys will probably date for a year, then you and Tori can escape to Mexico.”

The Challenge’s Most Memorable (and Messiest!) Relationships

In his confessional, Cory adds, “Fessy’s always wanted Tori. It’s the bottom line. Fessy has always been attracted to Tori. He doesn’t care if she’s engaged, he wants her.”

In January, the Are You the One? vet cleared up any rumors that she hooked up with Fessy while she was still engaged to Jordan.

“I see how this is all being edited… but just because Fessy admits he’s attracted to me doesn’t mean I cheated,” Tori wrote via Instagram on January 5. “I never cheated on Jordan. So everyone needs to chill out. … I just want you all to know that I’m mentally strong enough to handle all of this bulls–t. After 4 years of reality TV you grow some thick ass skin. I know my truth and who I am. I could go deeper into detail about everything but I don’t have to prove anything to people that have already made their minds up about me.”

She commented further during the “Official Challenge Podcast,” noting that she had no idea Fessy had an interest in her.

‘The Challenge’ Greats: Where Are They Now?

“Look at the f–king footage. You don’t see me flirting back. You see Fessy talking about me in his interviews,” the Search for Syrup author told cohost Aneesa Ferreira during the January 7 episode. “Yeah, we might be near each other. OK, so what? He was your partner, you’re my best friend. Obviously, I’m going to be around you guys.”