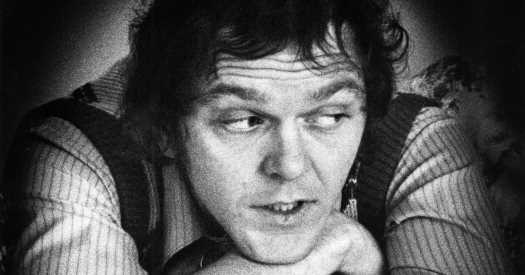 Rusty Young, a founding member of the popular country-rock group Poco and a key figure in establishing the pedal steel guitar as an integral voice in the West Coast rock of the late 1960s and ’70s, died on Wednesday at his home in Davisville, Mo. He was 75.

His publicist, Mike Farley, said the cause was a heart attack.

Mr. Young played steel guitar with Poco for more than a half-century. Along with other Los Angeles-based rock bands like the Byrds and the Flying Burrito Brothers, Poco was among the architects of the country-rock movement of the late ’60s, which incorporated traditional country instrumentation into predominantly rock arrangements. The Eagles and scores of other bands would follow in their wake.

Formed in 1968, Poco originally included the singer-guitarists Jim Messina and Richie Furay — both formerly of Buffalo Springfield, another pioneering country-rock band from Los Angeles — along with Mr. Young, the drummer George Grantham and the bassist Randy Meisner, a future member of the Eagles. (Timothy B. Schmit, another future Eagle, replaced Mr. Meisner after he left the band in 1969.)

Poco initially came together for a high-profile show at the Troubadour in West Hollywood, not long after Mr. Furay had invited Mr. Young to play pedal steel guitar on his composition “Kind Woman,” the closing track on Buffalo Springfield’s farewell album, “Last Time Around.” The music that Poco made generally employed twangier production and was more populist in orientation than that of Buffalo Springfield, a band that had at times gravitated toward experimentalism and obfuscation.

Mr. Furay’s song “Pickin’ Up the Pieces,” the title track of Poco’s debut album in 1969, served as a statement of purpose:

Well there’s just a little bit of magic
In the country music we’re singin’
So let’s begin.
We’re bringin’ you back down home where the folks are happy
Sittin’ pickin’ and a-grinnin’
Casually, you and me
We’ll pick up the pieces, uh-huh. 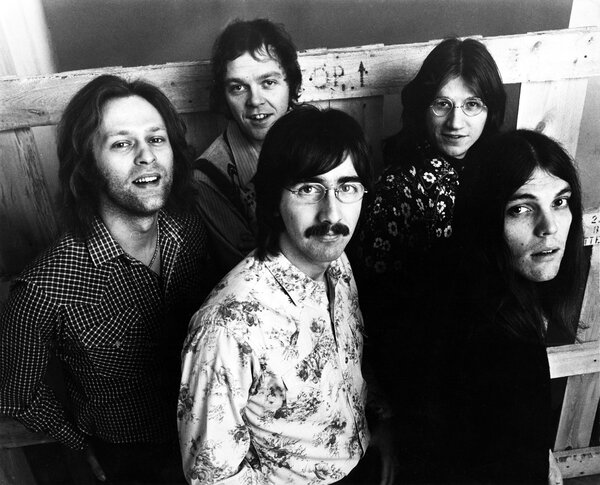 At once keening and lyrical, Mr. Young’s pedal steel work imbued the group’s music with its rustic signature sound and helped create a prominent place for the steel guitar among roots-conscious California rock bands.

“I added color to Richie’s country-rock songs, and that was the whole idea, to use country-sounding instruments,” Mr. Young explained in a 2014 interview with Goldmine magazine, referring to Mr. Furay’s compositions.

But Mr. Young, who also played banjo, Dobro and mandolin, was not averse to musical experimentation. “I pushed the envelope on steel guitar, playing it with a fuzz tone, because nobody was doing that,” he told Goldmine. He also played the pedal steel through a Leslie speaker, much as a Hammond B3 organist would, causing some listeners to assume he was indeed playing an organ.

Mr. Young was not among Poco’s original singers or songwriters. But he emerged as one of the group’s frontmen, along with the newcomer Paul Cotton, after the departure of Mr. Messina in 1971 and Mr. Furay in 1973. Mr. Young would go on to write and sing the lead vocal on “Crazy Love,” the band’s biggest hit, which reached No. 1 on the Billboard adult contemporary chart (and No. 17 on the pop chart) in 1979.

He also wrote and sang lead on “Rose of Cimarron,” another of Poco’s more enduring recordings from the ’70s, and orchestrated the 1989 reunion of the group’s original members for the album “Legacy,” which, like the 1978 platinum-selling “Legend,” yielded a pair of Top 40 singles.

Norman Russell Young was born on Feb. 23, 1946, in Long Beach, Calif., one of three children of Norman John and Ruth (Stephenson) Young. His father, an electrician, and his mother, a typist, took him to country music bars, where he was captivated by the steel guitar players as a child.

He grew up in Denver, where he began playing the lap steel guitar at age 6. As a teenager, he worked with local psychedelic and country bands.

After moving to Los Angeles, but before joining Poco, he turned down an invitation to become a member of the Flying Burrito Brothers, which at the time featured Gram Parsons and Chris Hillman, formerly of the Byrds.

After Mr. Cotton’s departure from Poco in 2010 over a financial dispute, Mr. Young became the group’s sole frontman. The band made its final album, “All Fired Up,” in 2013, the same year Mr. Young was inducted into the Steel Guitar Hall of Fame in St. Louis. He released his first solo album, “Waitin’ for the Sun,” in 2017, and performed sporadically with the most recent version of Poco until the arrival of the coronavirus pandemic in March 2020.

Mr. Young is survived by his wife of 17 years, Mary Brennan Young; a daughter, Sara; a son, Will; a sister, Corine; and three grandsons. His brother, Ron, died in 2002.

Mr. Young’s emergence as a singer and songwriter in Poco in the late ’70s, after almost a decade as a supporting instrumentalist, was as opportune as it was fortuitous.

“The band didn’t need another singer-songwriter when Richie and Jim were in the band,” he explained, referring to Mr. Furay and Mr. Messina, in his 2014 Goldmine interview. “My job was to play steel guitar and make the music part of it. So when my job changed, it opened up a whole lot of opportunity for me. So I liked the way things went.”