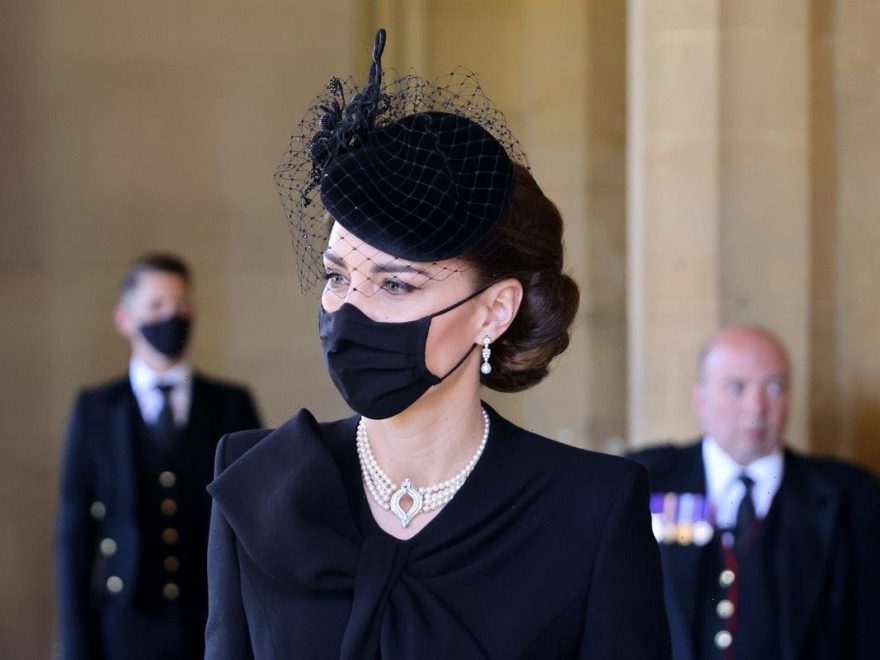 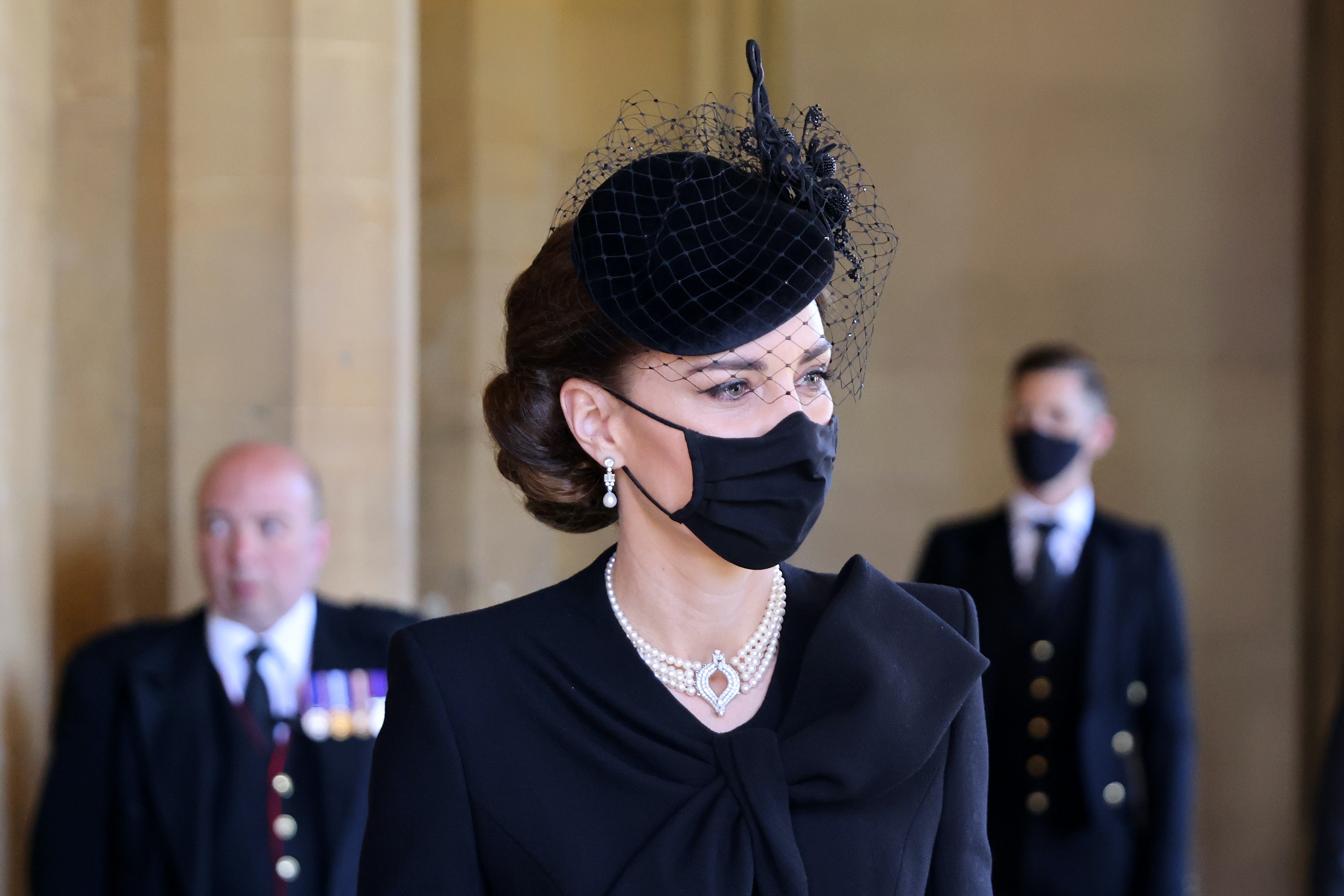 Royal fans were devastated when Prince Philip, the Duke of Edinburgh, passed away on April 9. After 70 years as Queen Elizabeth’s husband, he was a beloved member of the royal family, fans can take solace in the fact he had a beautiful funeral on Saturday, April 17 with all his closest family members in attendance. It was so sweet to see so many of his children and grandchildren honor him at St. George’s Chapel, and as is often the case with royal events, the fashion choices carried particular significance. The meaning behind Kate Middleton’s jewelry at Prince Philip’s funeral was one of the biggest standouts, since her pearls signified her support for Queen Elizabeth.

Due to the coronavirus, the funeral was kept much smaller than it would have been. There were just 30 family members in attendance, but millions of people watched online or on TV. At the funeral, Kate wore a black veil, pearl earrings, and a pearl choker necklace.