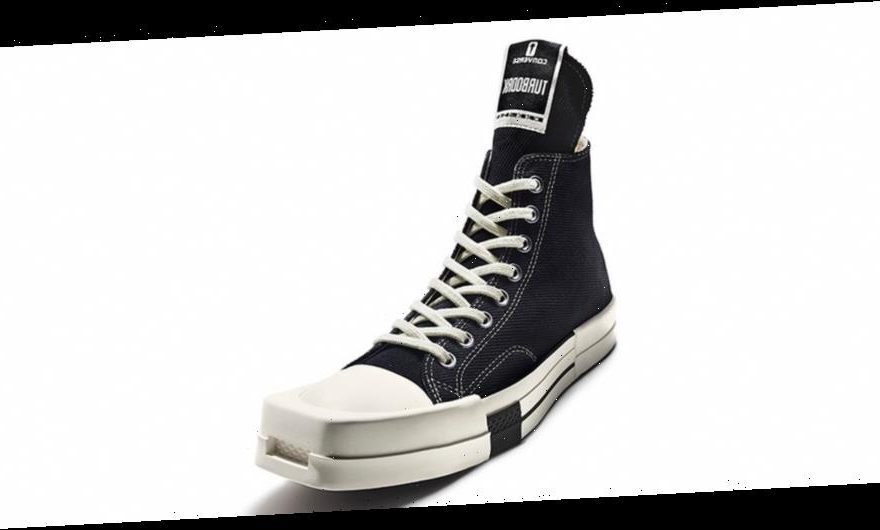 The Rick Owens DRKSHDW x Converse TURBODRK Chuck 70 is the first time that the silhouette has been given a square-toe construction, with other details including an extended tongue. The collaboration comes in a classic black and white colorway with Converse and DRKSHDW branding appearing on the tongue.

Launching the collaboration — which will include more sneakers over the course of 2021 — Owens said, “When I see something ubiquitous, I feel like I want to distort it. I don’t know what that’s about. Maybe it’s some kind of adolescent rage. But that’s one of the greatest appeals of the Chuck Taylor All Star.”

Take a first look at the collaborative sneaker in the gallery above, and expect the Rick Owens DRKSHDW x Converse TURBODRK Chuck 70 to arrive in the near future.

In other footwear news, here’s the other collaborations Converse has on the way.
Source: Read Full Article