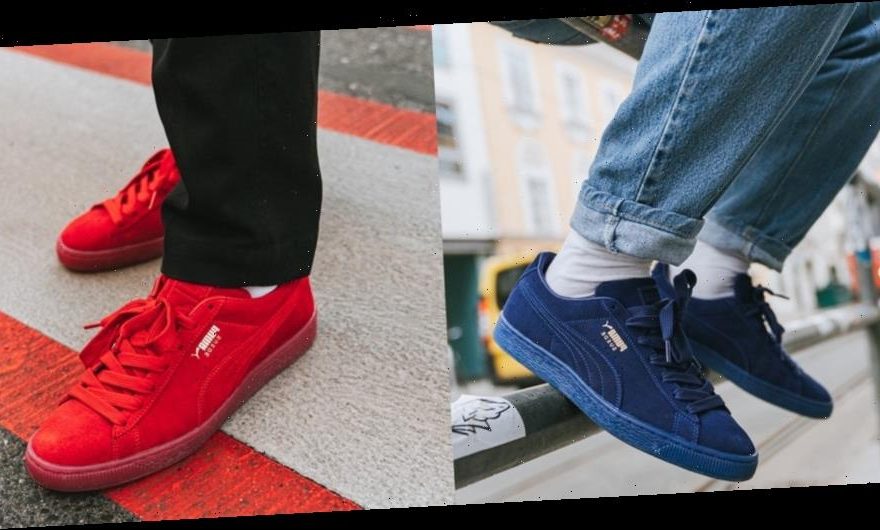 After giving its iconic Suede line a 2021-twist with the Suede XXI,

The three unisex pairs pack a sleek, monochromatic punch in “Barbados Cherry-Gold”, “Elektro Blue-Gold” and “Byzantium-Gold,” from the upper through the iced rubber sole. The color schemes are broken only by PUMA Suede gold foil callouts at the lateral side and pull tab.

The new release comes on the heels of PUMA’s refresh of its iconic Suede silhouette with the release of Suede XXI.

Since its arrival in 1968, PUMA’s Suede has been favored as a go-to shoe by ’80s breakdancers and late-’90s skaters. You also may recognize the shoe from Tommie Smith and John Carlos’s famous black-gloved salute at the 1968 Olympics. PUMA has commemorated the anniversary with various initiatives, including a 2018 “POWER THROUGH PEACE” capsule and a very-limited 2020 series of 307 Suede pairs, commemorating Smith’s number at the games.

HYPEBEAST recently examined whether we might expect a resurgence of other low profile sneakers, like the PUMA Speedcat, asking whether the industry is ready for a Y2K revival.
Source: Read Full Article