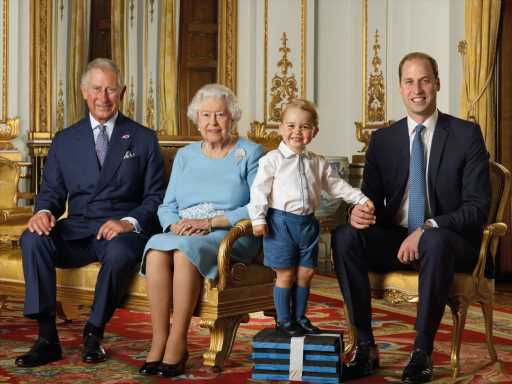 Prince George may only be seven years old, but he already knows he has a big job ahead of him as the future King of England.  Prince William and wife Kate Middleton felt that it was time to start informing him about his role as a member of the royal family, according to Battle of Brothers author, Robert Lacey. 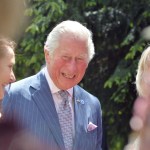 The updated chapters in Lacey’s book, via the Daily Mail, reveal that the Duke of Cambridge held off telling his oldest son about his major position as a royal until “sometime around his seventh birthday” because he wanted him to have a “normal family upbringing” for as long as possible. There’s no word on how the discussion went down, but George was told in detail what a “life of future royal ‘service and duty’ would particularly involve.” It’s a pretty deep discussion for a young child, who essentially has his whole life planned for him (whether he likes it or not).

But telling Prince George at such a tender age was important to William and Kate because they wanted it to be done at a “controlled moment of their choice.” By making sure he understood the conversation, he could come back to his parents with any questions as they arise. This was a key element for the Duke of Cambridge because he had prior “unhappiness at the haphazard fashion in which the whole business of his royal destiny had buzzed around his head” when he was a young child. The family is trying to do things in a way that they believe is healthy for Prince George while focusing on the monarchy’s relevancy moving forward and “keep[ing] up with modern times.”

This is a smart strategy by the young family because both William and Prince Harry have talked about how the palace’s old-school methods of operating have affected them in different ways. By creating a better path for their offspring in a world of privilege, it will hopefully be a healthier place for them to thrive. It makes us all understand that even though the brothers are currently feuding, what they went through is very similar, and they are each taking meaningful steps to ensure the past is not repeated.

Before you go, click here to see our favorite photos of future king Prince George.