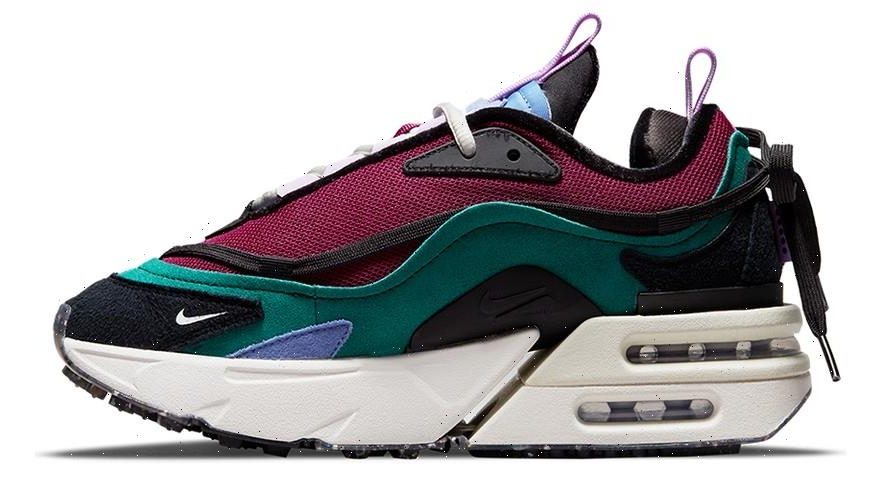 Nike has been playing around with its Air technology since its introduction in 1978, and over the past five years or so Air has really taken off to new heights. From the VaporMax to the return of the Huarache, it has appeared in many forms, but none are as wild as the Air Max Furyosa NRG.

The sneaker is all about the sole unit (although that doesn’t mean the upper is amiss), as it sports two stacked Air units on top of one another in an asymmetrical set-up. Each Air unit is surrounded by EVA foam that makes up the rest of the midsole, before being split from the front section of the sole. Completing this is a sustainable Nike Grind outsole.

As for the shoe’s upper, you’ll find the aforementioned colorway adorning a medley of suede and mesh panels that contrast a padded foam tongue, a velour liner, and a unique lacing system that runs over the tongue but also around the shoe’s upper perimeter — however, this is purely for aesthetics, tieing at the rear for a technical look.

The Nike Air Max Furyosa NRG in “Night Green/Sail/Raspberry Red/Black” retails for $160 USD and is set to drop at OneBlockDown on August 5.

In case you missed it, check out this week’s installment of Sole Mates. This time around, we spoke to Jourdan Ash about the AF1.
Source: Read Full Article