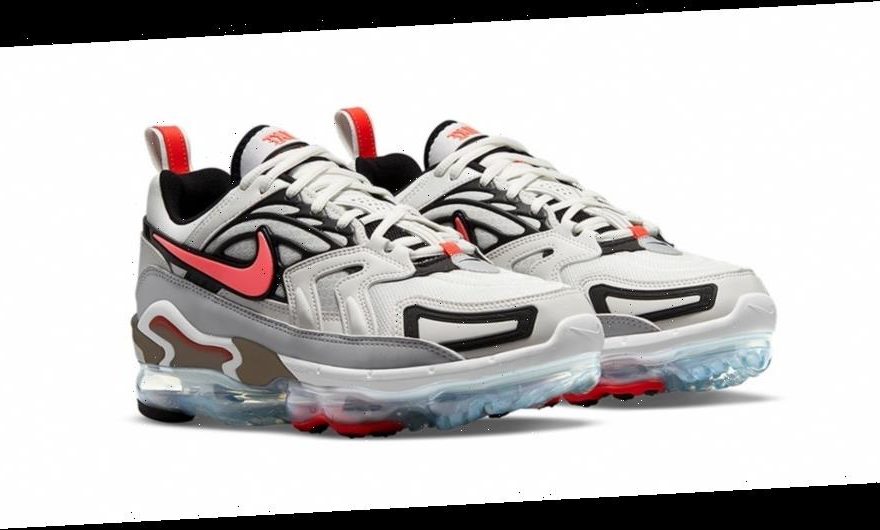 While still sitting in the early stages of its lifespan, the Air VaporMax EVO has been rolled out by

As indicated by its nickname, its nominal hue does most of the talking here and hugs the base layer’s mesh underlays, collars, leather forefoot overlays and the throat. Elsewhere upon the upper, you’ll find blasts of “Infrared” accents that sprinkle to the Swooshes, heel tabs, Nike branded tongues and towards the bottom of the throat. Darker notes of black also make an appearance by swathing the TPU molds that hug the forefoot and mid-foot sections, as well as the interior liners and the oval shaped heel windows.

Down below, the midsoles are primarily done up in pure white, but are decorated with abstract molds towards the rear that are dressed in a glossy muted brown with a sliver of red hits. VaporMax Air units are given a translucent build, and come prepared with more “Infrared” and black hits that show up on the treading.