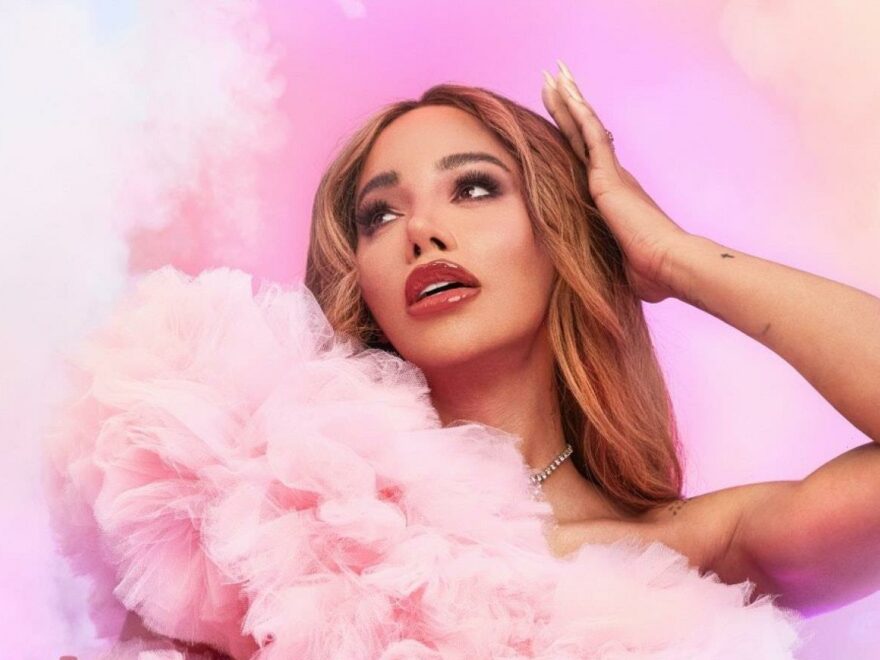 As she launches her candid podcast The Way We Are, model and activist Munroe Bergdorf appears on the cover of Stylist to talk about visibility, self-reflection and the importance of honest conversation.

Munroe Bergdorf has a fire in her belly. Though she’s made her name as a game-changing model, influencer and activist over the past five years, ever dedicated to uplifting marginalised communities, today she’s more energised than ever.

Periods of lockdown gave her time to pause and reflect on who she is, and what she wants her impact to be. “Life was really hectic before, and I needed to press the reset button and go inside myself. I saw it as a time of real challenges, but also a chance for introspection,” she tells Stylist in this week’s cover interview (you can buy your copy of the magazine here).

Pre-pandemic, Bergdorf’s star was on the rise. She’d become the first Black trans woman on the cover of several magazines, fronted multi-million dollar fashion campaigns and still found time to do justice to her roles as patron of Mermaids, a charity supporting trans youth, and a UN Women UK Changemaker. But being ‘the first’ in so many fields, as well as an outspoken advocate for racial justice and trans rights, exposed her to a horrific amount of abuse.

Munroe Bergdorf’s new podcast, The Way We Are, is all about honest conversations.

“It was tough, I was essentially blackballed for what I was speaking out about, but this past year I’ve realised that these are the things I care about and change is happening,” she says. She decided to leave Twitter, where she was subject to daily threats and vitriol, and focus on mediums that allow her to have richer, more meaningful conversations – such as her new Spotify Original podcast, The Way We Are.

“There’s only so much you can say in a character limit, and context doesn’t really exist on Twitter. People read your tweets within the context of their own bias, and then you spend hours convincing people of what you actually meant, or it turns into a Twitter war,” she says. “That’s why I’m so excited about the podcast: I get to share my thoughts in a much more positive and dynamic way with people I admire, people who have had their own journeys. I’m looking forward to having good, deep chats where we can break down what we think in a productive way.”

Munroe Bergdorf on the cover of Stylist.

With guests including Mabel, Jameela Jamil and Olly Alexander, it’s a genuinely inspiring and enriching listen, digging into the stories of people in the public eye who have turned adversity into opportunity. She’s also in the process of writing her first book, Transitional, a manifesto on gender and identity that sparked an 11-way bidding war between publishing houses and is out next year.

Bergdorf is a woman with a single-minded focus to keep moving forward and using her voice for good. “In the time that we’ve got, we can all do our bit to make this world a little easier for the people who come next,” she says. “Surely that’s the meaning of life?”

Buy your issue of Stylist, including an exclusive interview with Munroe Bergdorf, here.

The Way We Are with Munroe Bergdorf is available on Spotify from Monday 6 September.