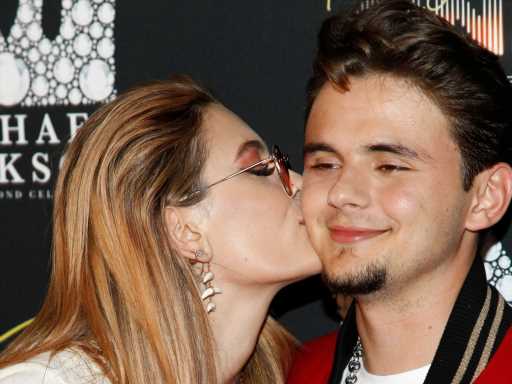 Michael Jackson’s kids, Prince and Paris Jackson, have never had it easy. They lost their dad almost 12 years ago and the scrutiny surrounding his life is something they’ve always had to deal  with. That might shake some siblings to the core, but it’s only brought the two of them closer together. 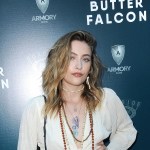 That bond between a protective older brother and his youngest sister was on display in Prince’s latest Instagram post honoring Paris’ 23rd birthday. He shared two sweet photos of the two of them — one casual and one super chic. The first picture shows them hanging out in the hotel room where they are getting ready to go out, there’s a rack of evening gowns in the background, but it’s what is happening in the foreground that is so touching. Paris envelopes her 24-year-old big bro in a bear hug, you can see so much love between the two of them.

The second photo shows Paris’ stunning good looks as she sits with the tulle of her dress fanned out around her. Prince stands guard by her side in a bejeweled tux showing off his flair for fashion. But the photos only tell one half of the story, it’s Prince’s caption that had us in tears.

“It’s crazy to think that you’re my lil sister @parisjackson. You’ve grown and learned so much and I couldn’t be prouder of the woman you are and the path you’re going down,” he wrote. “I like these photos cause I think it shows our duality, the yin and the yang, I love you yabyab HAPPY BIRTHDAY!! Keep doin what you’re doin you’re so awesome and I hope you have a great day!!❤️❤️❤️🎊🎊”

It makes you think that their dad would be so proud of his kids knowing that they are OK and still a strong family unit. Prince and Paris have spoken so highly of their father and it proves that they are honoring his legacy by sticking together and always having each other’s backs.