As much as we love a tie-dye hoodie (never change, Jason Sudeikis), men have historically been a bit lackluster when it comes to red carpet fashion.

But the guys attending the 2021 Oscars on Sunday night apparently got the memo about the dress code ahead of the ceremony ― attendees were given strict protocols of “formal is totally cool if you want to go there, but casual is really not” ― and showed out.

Now, while the bar admittedly may be low, let’s all take a moment to celebrate the men who stepped it up for the first in-person award show all year long.

First, there was Paul Raci, who is nominated in the Best Supporting Actor category for his role in “Sound of Metal,” kicking off the red carpet with black nail polish and some classic rocker poses. 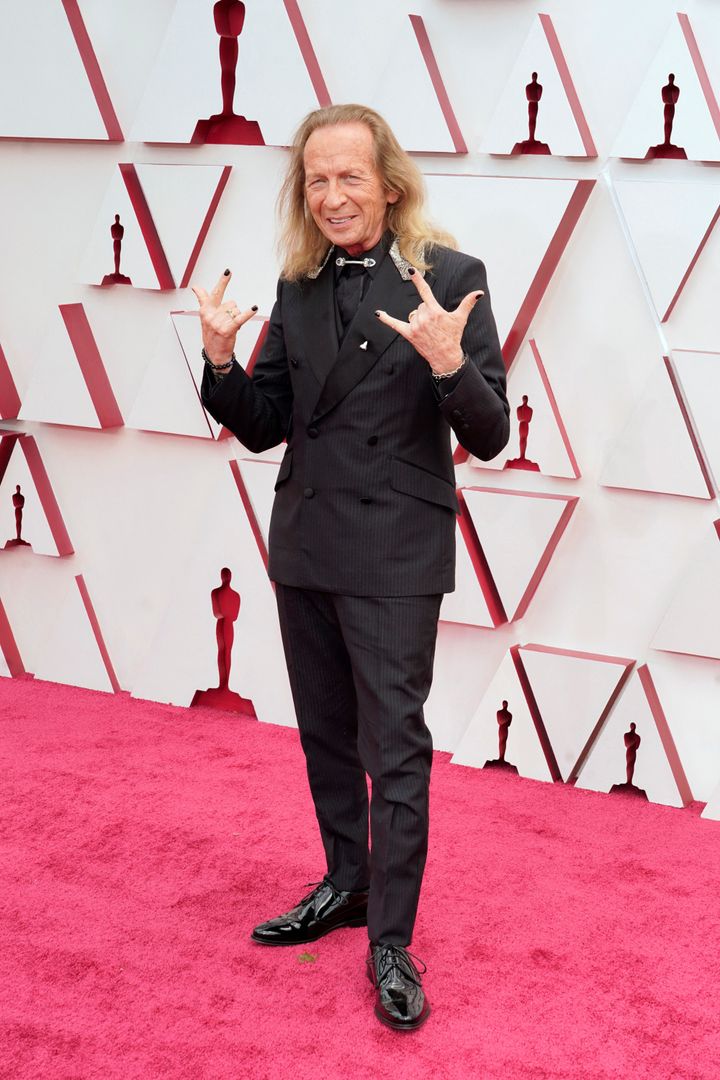 Colman Domingo, who appears in “Ma Rainey’s Black Bottom,” took it from there with a bubblegum pink Versace suit dripping in sequins that we may never recover from. 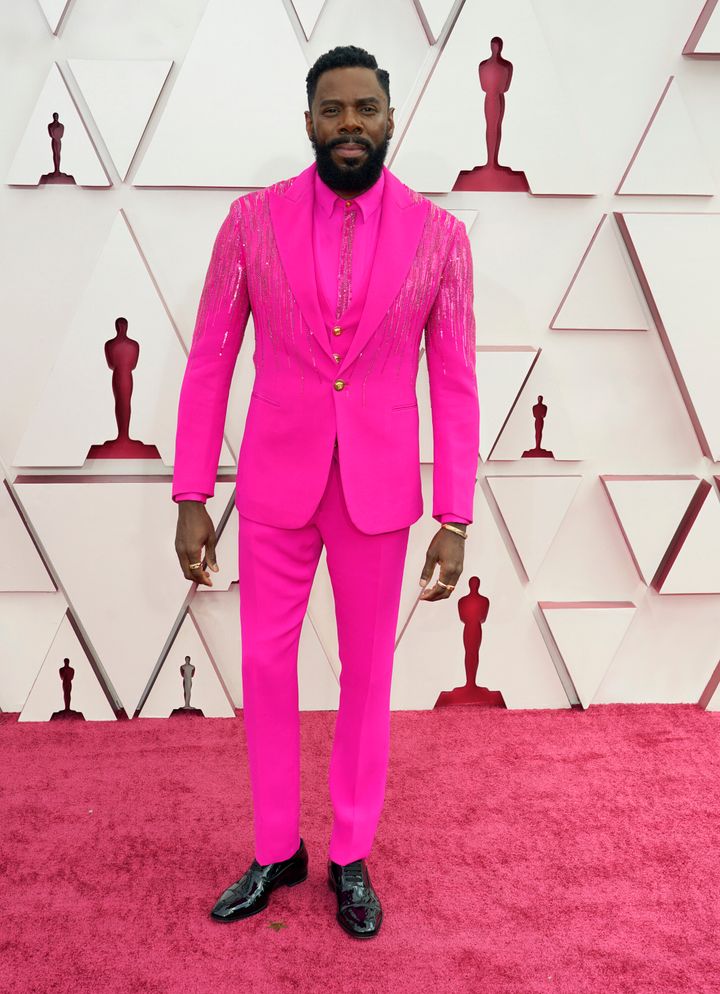 Then, Leslie Odom Jr. arrived in a double-breasted, gilded Brioni suit looking like the Oscar he’s hoping to win for his performance in “One Night In Miami.” 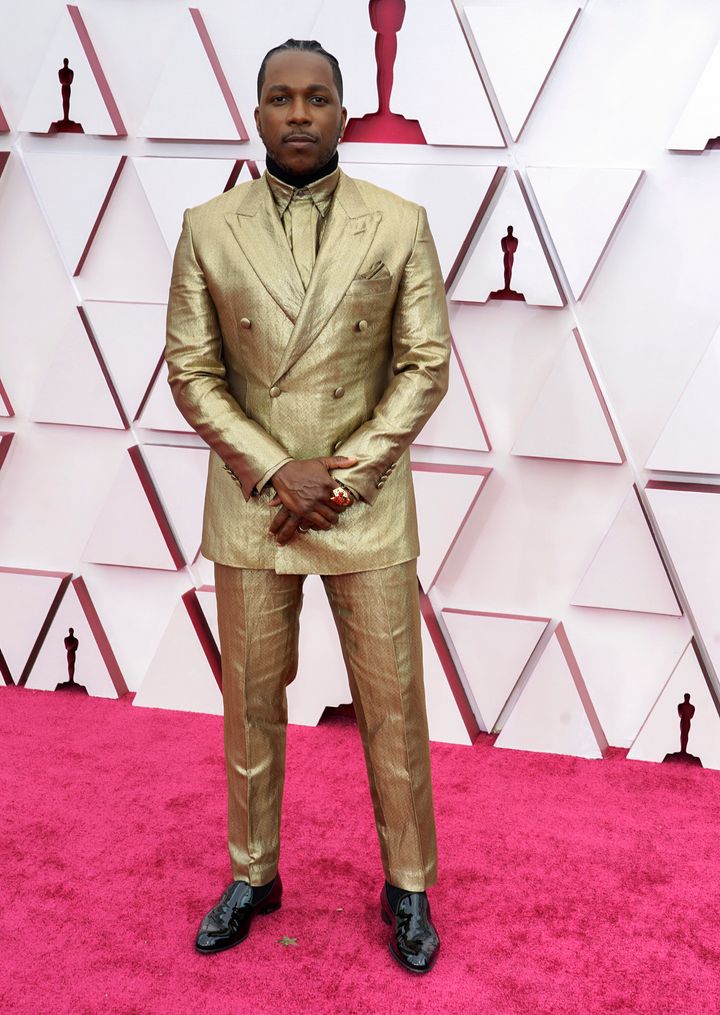 While he might not exactly be a man quite yet, “Minari” star Alan Kim is quickly becoming a fashion king in his own right. The 9-year-old actor suited up in a custom Thom Browne suit complete with mismatched socks. 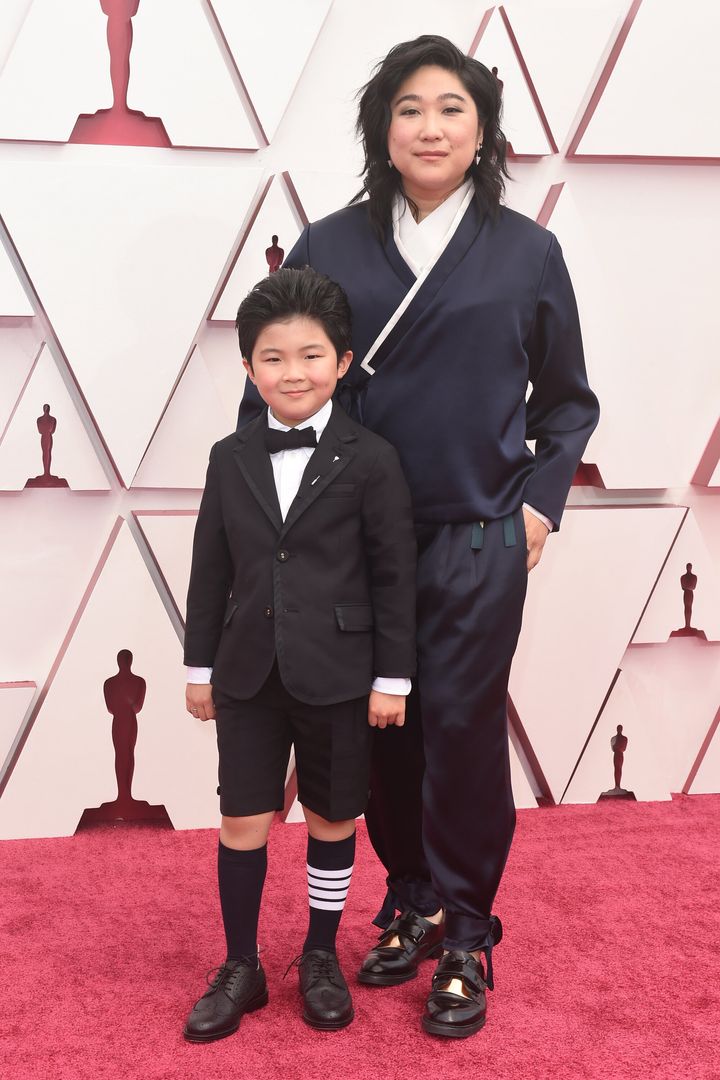 Daniel Kaluuya’s look might not be the flashiest, but his Cartier diamond necklace, which he paired perfectly with his all-black suit, certainly deserves mention. 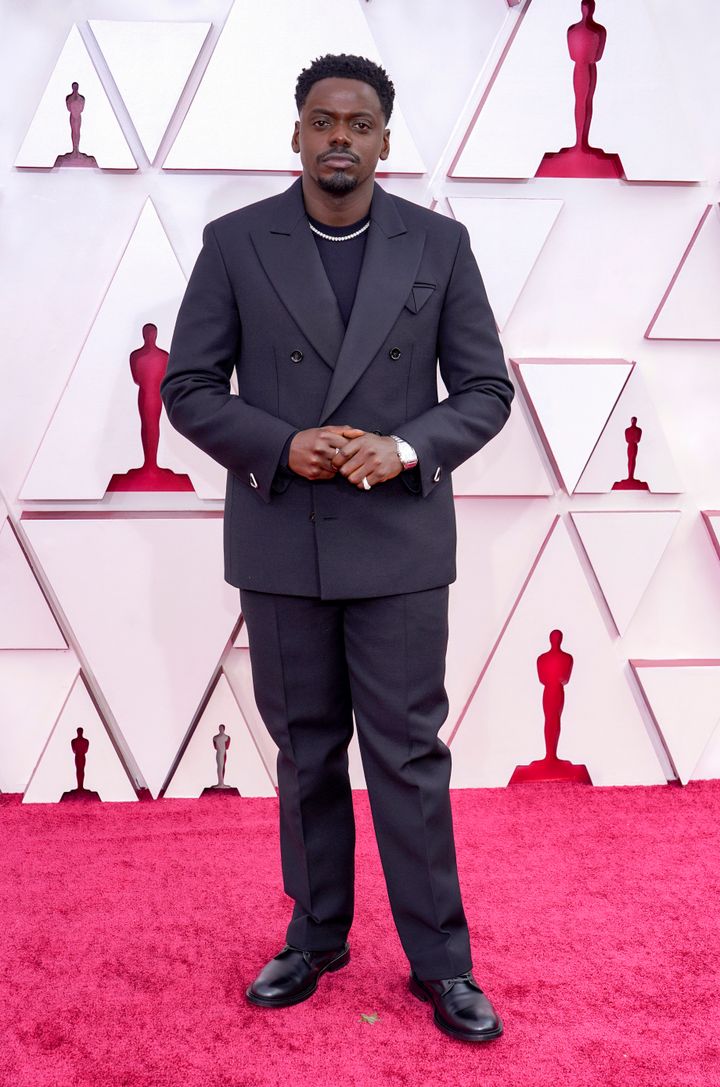 Last but certainly not least is Lakeith Stanfield, nominated for an Oscar for his performance in “Judas and the Black Messiah,” who managed to show up all the competition before he even hit the red carpet.

While stars were still trickling into the ceremony, fans watching (and judging) the red carpet from home were quick to praise the nominated men for bringing their fashion A-game.