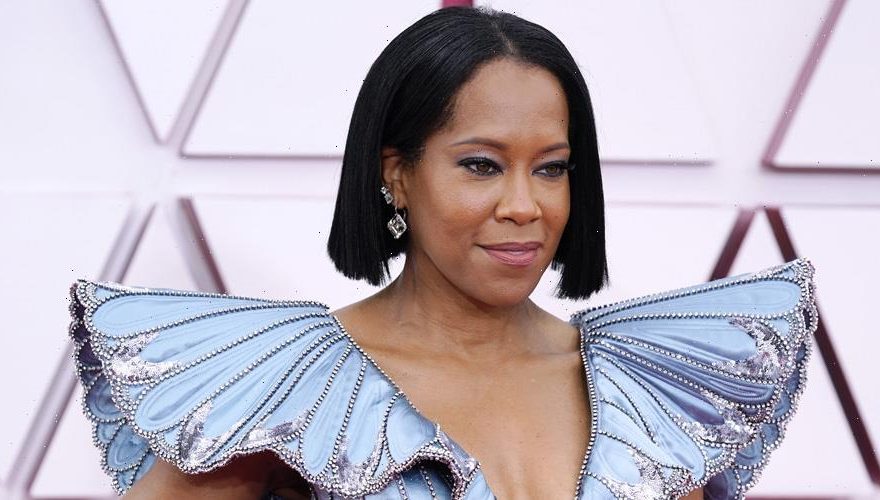 Regina King stuns in a gorgeous light blue gown while arriving at the 2021 Academy Awards on Sunday (April 25) at Union Station in Los Angeles.

The 50-year-old actress and director looked amazing in a custom Louis Vuitton dress, which featured structured shoulders and jewel-striped details down the gown.

Regina posed with Aldis Hodge on the red carpet, who starred in her movie, One Night in Miami, as Jim Brown.

She was also spotted running into and having a quick conversation with Best Leading Actress nominee, Andra Day.

Regina will also be featured as part of the Oscars “cast”.