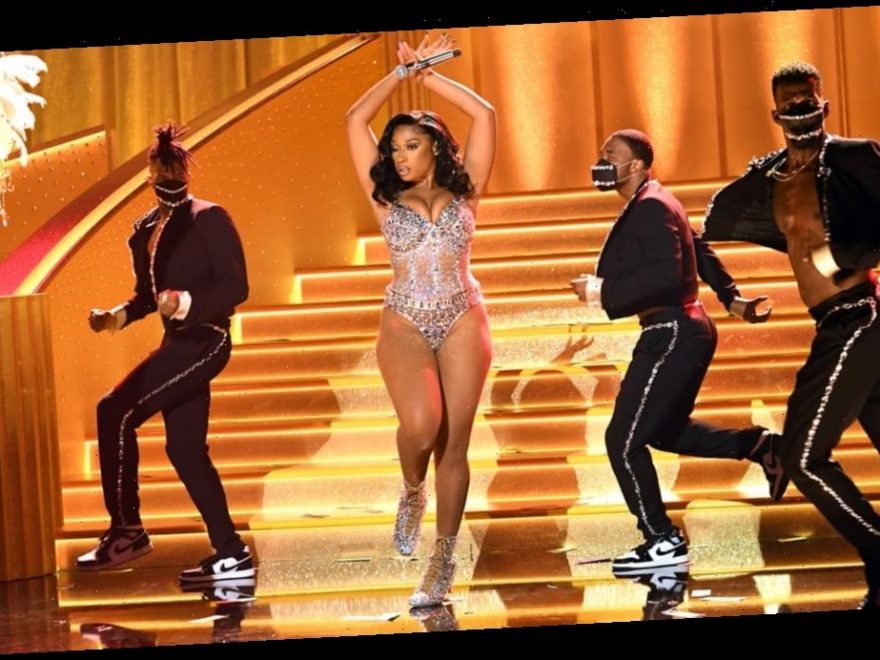 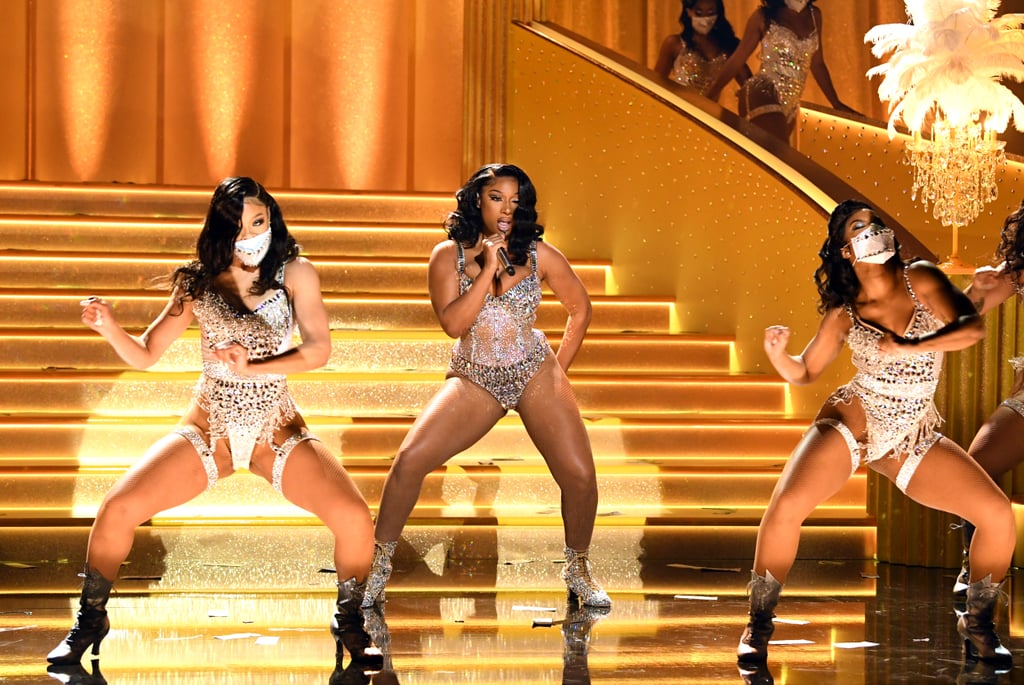 If you thought you’d ever get the chorus to “Body” out of your head, Sunday night proved you wrong! This year’s best new artist, Megan Thee Stallion, took the Grammys stage to perform two of her latest hits, and, as always, she didn’t disappoint. The rapper appeared on stage in a headdress and long, fluffy white robe over a sheer jumpsuit that shone with gems as bright as her future in the music industry. She quickly shed her robe as the first strains of “Body” rang out and put those trusty knees to work as she and her dancers made their way around the gold stage. We’re not going to lie, we had our fingers crossed for an appearance by Beyoncé to rap along to her verse in “Savage (Remix),” but Megan held it down on the stage perfectly — as always. There was even a tap-dance break with a nod to the Nicholas Brothers!

The rapper scored wins for all three of her nominations, including wins for best rap performance for her collaboration with Beyoncé and best new artist, which she dedicated to her late mother. Both wins made history, with the former marking the first time women artists have ever won in the category and the latter marking the first woman hip-hop artist to win the award since Lauryn Hill’s win in 1999. It’s a great night to be Megan Thee Stallion! Watch her performance ahead.