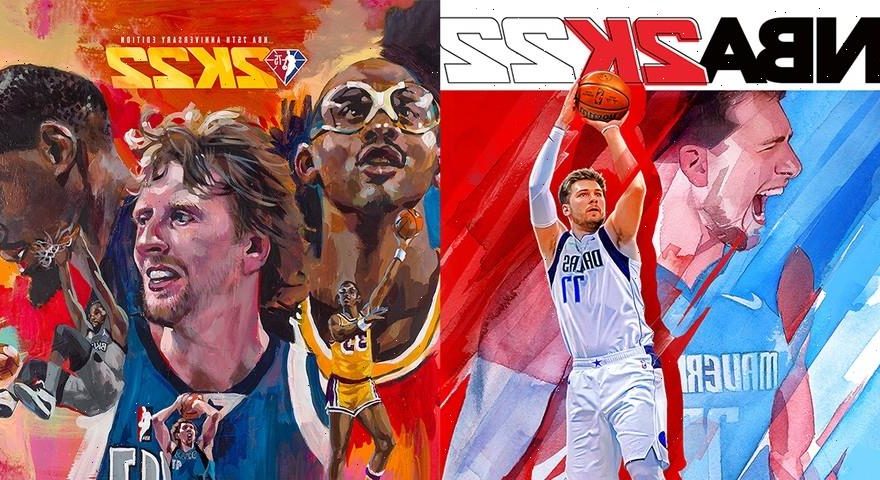 Now that the 2020-2021 NBA Finals are winding down to its final few games, it’s just about that time that we start preparing for next season’s action. And as they always do, NBA2K is gearing up to release its latest and greatest video game: NBA2K22. This year’s video game features a star-studded group of cover athletes including Luka Dončić, Kareem Abdul-Jabbar, Dirk Nowitzki, Kevin Durant and Candace Parker.

The current Dallas Mavericks superstar will adorn the front of the games’ Standard Edition and Cross-Gen Digital Bundle, while Abdul-Jabbar, Nowitzki and KD — three of the most elite big men to ever touch the hardwood — will arrive on the game’s NBA 75th Anniversary Edition. Additionally, North America-based customers will also have the opportunity to purchase another Standard Edition that features six-time WNBA All-Star and WNBA champion Candace Parker. This marks the first occasion that a female has ever been a cover athlete for the popular NBA2K franchise.

“Making the global cover of NBA 2K22 is special for me,” said Dončić when speaking on this milestone. “I’m proud to represent my country in a special cover that honors the colors of the Slovenian flag. Basketball has given me so much, and I’m excited to give back and work together with 2K Foundations this year to help the lives of young kids around the globe.”

Be on the lookout for all editions of NBA2K22 to release globally on September 10.