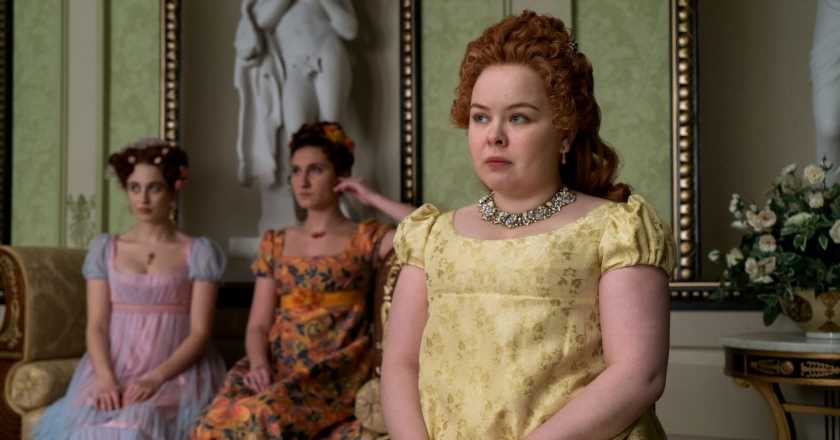 Netflix’s Bridgerton has confirmed the news we’ve all been waiting for: the TV series is getting at least two more seasons.

Shonda Rhimes’ Bridgerton has been a Very Big Deal ever since it arrived on Netflix on Christmas Day – and, while it’s since been confirmed that Regé-Jean Page will not be reprising his role as the Duke of Hastings in the show’s upcoming second season, people are still desperate for more episodes of the sizzling period drama.

Thank goodness, then, that the streaming platform has dispatched none other than Lady Whistledown herself to confirm that expanding the much-loved TV show is a top priority for both Netflix and Shondaland.

“Esteemed members of the Ton,” the scandal-loving character begins her announcement, which was shared on Shondaland TV’s Twitter account earlier today.

“It seems we have a rather special announcement. Bridgerton shall return for seasons three and four.”

Hinting at the drama still to come, Lady Whistledown adds knowingly: “This author shall have to purchase some more ink.”

Bridgerton: here's how fans are reacting to Regé-Jean Page leaving the show

Of course, this exciting news shouldn’t come as a huge shock to Bridgerton fans; Chris Van Dusen previously hinted the show – which is based on Julia Quinn’s book series – could go up to a whopping eight seasons.

“This being a family of eight children and there being eight books, I would love to be able to focus and really tell stories and love stories for all the Bridgerton siblings,” Van Dusen said at the time.

Regé-Jean Page will not be returning alongside Phoebe Dynevor for Bridgerton season 2.

As per the novels, the second season of the show – which is currently in production now – will focus on the rakish Anthony Bridgerton (Jonathan Bailey) and his hate-at-first-sight romance with the smart and headstrong Kate Sharma (Simone Ashley).

If the series is to continue following the books in this fashion, then season three will follow Benedict (Luke Thompson) on his own quest for love, and the fourth will see Penelope Featherington (Nicola Coughlan) do her utmost best to shake off her crush on Colin (Luke Newton).

But we’re just as desperate – if not more so – to see Eloise (Claudia Jessie) and Francesca (Ruby Stokes) get their moment in the spotlight, too, and their stories don’t come until later in the series.

Eloise Bridgerton: what happens to the character played by Claudia Jessie in the books?

Likewise, Hyacinth (Florence Hunt) and Gregory (Will Tilston) get some pretty compelling romances towards the end of the Bridgerton book series… but the actors who portray the babies of the Bridgerton family are far too young to be romancing anyone at this point!

We guess we’ll have to see what the showrunners have in store for us. Until then, you’ll find us rewatching the first season of Bridgerton on Netflix.

Bridgerton is currently streaming on Netflix.