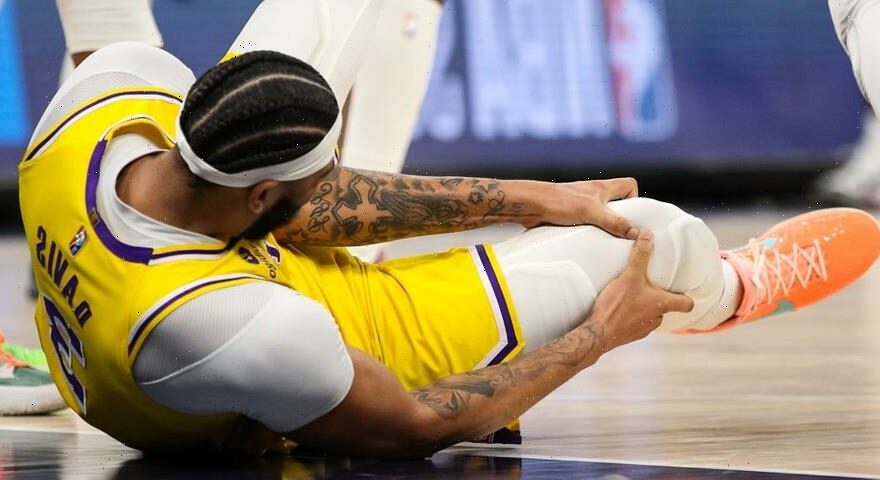 Los Angeles Lakers star forward Anthony Davis is expected to undergo four weeks of rehab due to a left knee injury he sustained in last Friday’s 110-92 loss to the Minnesota Timberwolves.

Over the weekend, AD did an MRI to rule out any burgeoning issues. Sources told ESPN, “So far all is in good structure, but want to take another image.” The MRI marked the third evaluation for Davis’ knee in the past week. The injury occurred with six minutes and 41 seconds remaining in the third quarter. The Lakers were trailing 63-58 when LeBron James received an offensive foul for pushing Timberwolves’ Jaden McDaniels. McDaniels later lost his balance and crashed into Davis’ left knee, causing the injury.

This past Sunday Davis spoke about his injury sharing, “I just reached a point where it was tough to walk. I had to take a break…I did hear something pop — and the first thing I thought of was [a major injury]. Which, I was emotional, I was just like everywhere. But like I said, thank God that it wasn’t that.” He continued to provide an update, “Mentally I’m fine. I’m in a good space. Last year was a more ‘me’ thing. This year was like a freakish play. So knowing that nothing I really could have done to avoid it, I guess, keeps me in a good place. The locker room keeps me in a good place. People around me outside of basketball keep me in a good place. Great conversation with my wife about it; she’s the one who keeps me in a good place, for real.”

AD is currently out four weeks to rehab his knee.

In other sports news, Draymond Green thinks he and Steph Curry would not have “had the success” without each other.
Source: Read Full Article