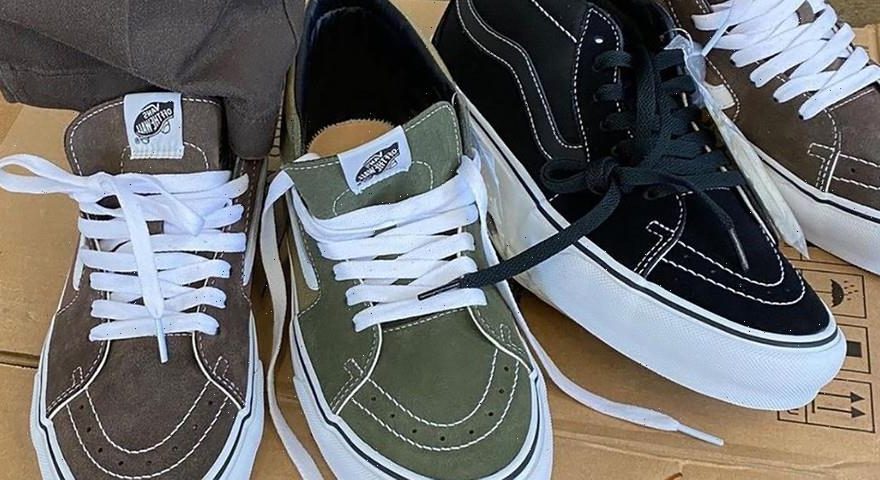 It’s been just over four years since the mysterious-but-popular imprint JJJJound kicked off its footwear collaborations with Vans for a trio of clean Old Skool takes, all of which now find themselves priced over $1K USD on the secondary market. Following footwear projects with the likes of New Balance and Reebok, the brand helmed by Justin Saunders appears to be reuniting with the Anaheim-based skate label as it has just teased its forthcoming Sk8-Mid capsule.

The Montreal-headquartered entity took to IG to unveil its impending capsule alongside the simple caption of “JJJJ Vans 2021”. Like the two parties’ inaugural batch, this newest range also looks to involve three new styles including black, brown and green colorways. Each take looks to be formed with a suede upper build and comes contrasted with exposed white stitchings. Both the brown and green pairs are whipped up with white side stripes, while the black option opts to go with the tonal route. Bottom pieces are designed with white midsoles and black stripe that rests just below the base layer.

No official release info has been unveiled as of yet, but it’s likely that these will be launching via JJJJound in the second half of 2021.

Check out a closer look at Vans’ colorful footwear and apparel collection for Pride 2021 if you haven’t already.
Source: Read Full Article