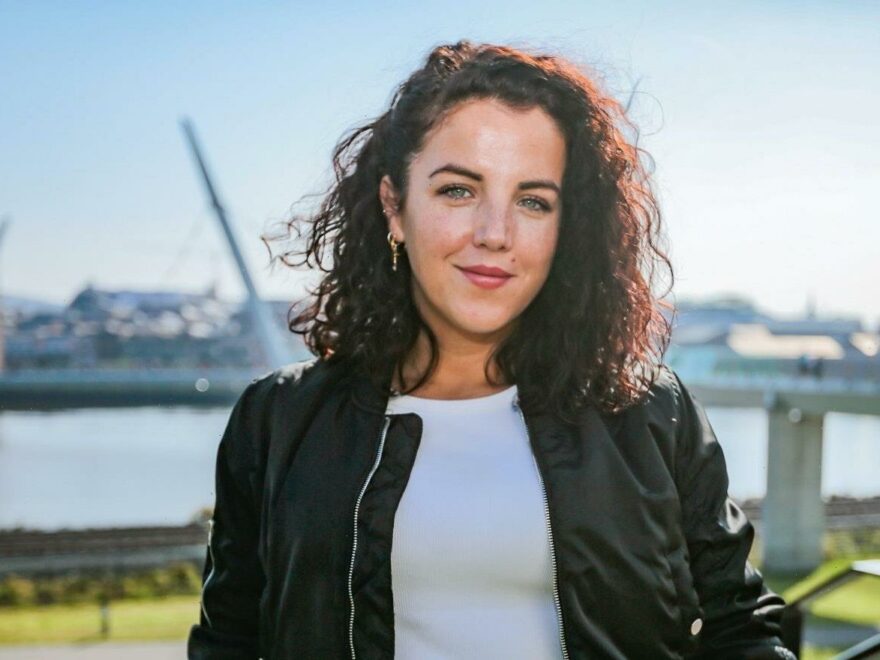 The Derry Girls star will revisit her Catholic upbringing in the city and explore what it’s like for young people growing up in Derry today.

Derry Girls might have ended after giving us just three glorious seasons but that doesn’t mean we’ll never see the cast we came to know and love again.

Nicola Coughlan has Bridgerton (and we hear her character is taking centre stage in series 3), you can catch the charming Saoirse-Monica Jackson in upcoming superhero blockbuster The Flash and the always entertaining Siobhán McSweeney has been keeping busy as the host of The Great Pottery Throw Down, starring in ITV’s Holding and hosting Exploring Northern Ireland. Or you could watch the cast compete in this iconic festive Bake Off.

As for Jamie-Lee O’Donnell (who also stars in Channel 4 prison drama Screw), her next move is not drama but a documentary to showcase the ‘real Derry’ in a new Channel 4 documentary.

After the Derry Girls 45-minute special on The Good Friday Agreement aired on 18 May, viewers took to Twitter to express how much the show had taught them about the complex Troubles and long road to peace in Northern Ireland.

With this new documentary, O’Donnell will offer more insight into what it was like growing up as a Catholic in Derry, the second-largest city in Northern Ireland.

The documentary film is entitled The Real Derry: Jamie-Lee O’Donnell and it will explore her upbringing in the Catholic community and how things have changed in the city since.

Derry Girls: “How the hit sitcom helped me connect to my heritage like never before”

Channel 4 commissioned Northern Ireland’s Tyrone Productions to make the documentary, coinciding with the 50th anniversary of the day known as ‘Bloody Sunday’ (one of the darkest days of the Troubles when, on 30 January 1972, British soldiers shot 26 unarmed civilians in a neighbourhood outside Derry known as The Bogside).

The film will also look at what the future may bring for Derry, in particular for the younger generation who still live with the impact of the Troubles.

A statement from Channel 4 read: “With her trademark wit and warmth, Jamie-Lee documents the city’s complex past while also offering her own personal insight into her upbringing in a Catholic community. Viewers will hear from real Derry girls, students at Jamie-Lee’s old school, about the regeneration of the city and why, despite this, many young people feel that they need to leave Derry to gain new skills and experiences.”

Daniel Fromm, commissioning editor for popular factual at Channel 4, said: “I’m hugely excited to be working with Tyrone Productions on their first commission for Channel 4 – and with Jamie-Lee in a brand new role for her. Derry Girls has brought the city to national prominence, now this film gives a voice to a new generation of its young people, so they can tell us what it’s like to grow up there in 2022.”

Patricia Carroll, executive producer at Tyrone Productions, said: “As a Northern Ireland company, we are delighted to be working with Channel 4 and Jamie-Lee O’Donnell on this very personal documentary at such an important time in the city’s story. Fiercely proud of her home city, Jamie-Lee is the perfect person to explore Derry’s past and share her hopes for its future and we know that Channel 4 audiences will be both entertained and intrigued by what she discovers.”

The documentary is coming soon to Channel 4.