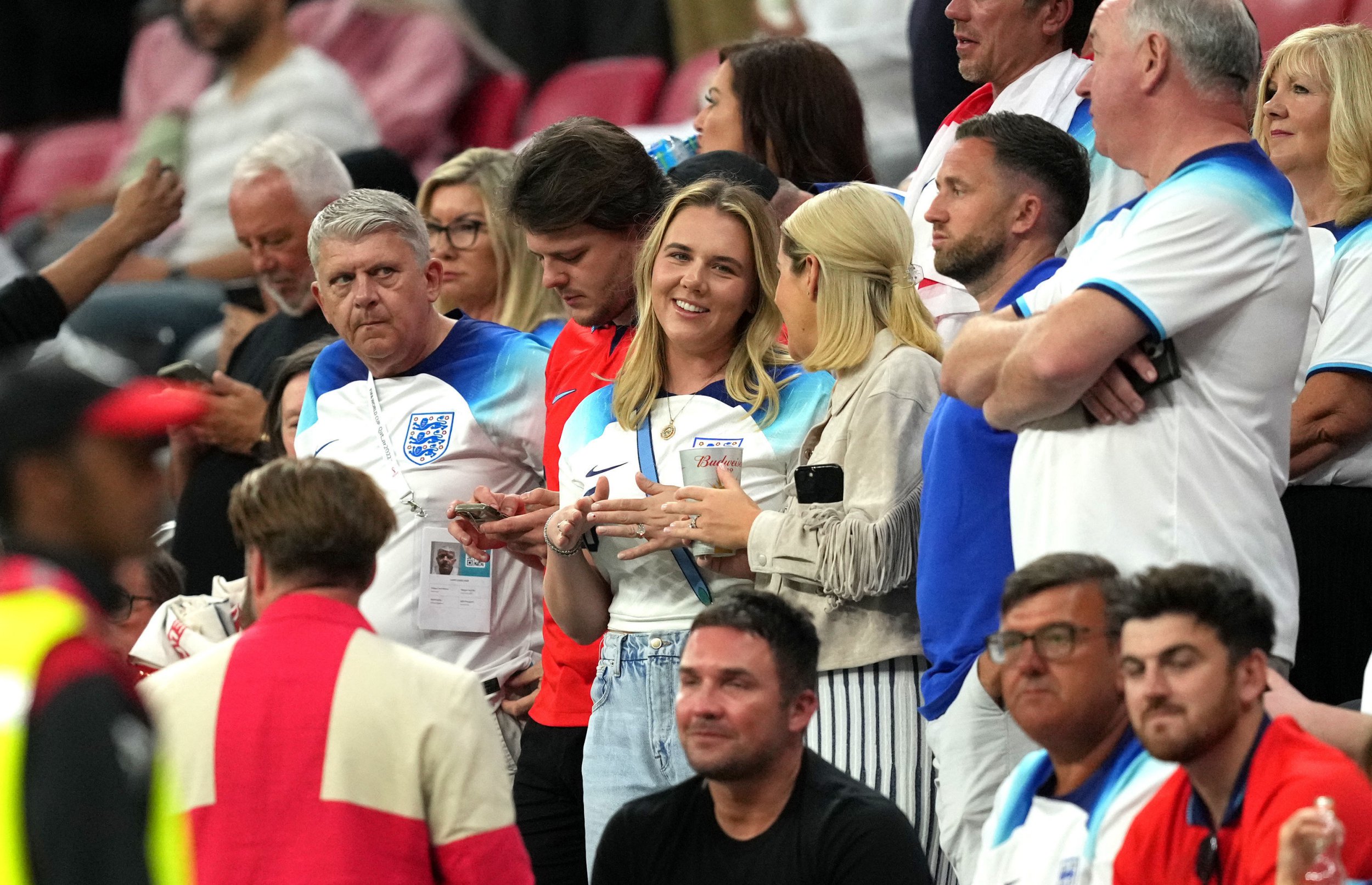 The World Cup 2022 England squad were cheered on by their WAGs as they took on Senegal in tonight’s anticipated match in Qatar.

Gareth Southgate’s team are hoping to beat the African champions on Sunday and win a place in the quarter-finals taking place in Doha.

Captain Harry Kane was supported by his wife Katie Goodland, who was spotted in great spirits in the stands wearing a Three Lions shirt as she chatted to friends and family. Jack Grealish’s girlfriend and model, Sasha Attwood, was also seen smiling after taking her seat in the VIP section having supported the Manchester City star throughout the tournament.

Jordan Pickford’s partner Megan Davison threw her support behind the goalie wearing a matching yellow shirt to his football kit.

Bukayo Saka’s girlfriend Tolami Benson looked excited for the big match as she was seen smiling before kick-off.

Meanwhile, Harry Maguire’s wife Fern Hawkins looked tense as she made her way to her seat in the stands, wearing a white Three Lions shirt like her fellow WAGs.

Missing from the pack was Paige Milian, fiancee of Raheem Sterling who wasn’t available for this match due to a family matter.

England are currently taking the lead after scoring two goals before halftime, with Jordan Henderson and Kane netting the ball just in the nick of time.

They pretty much cemented their place thanks to Saka scoring England’s third goal in the second half.

If the Three Lions manage to fend off Senegal, they will go head-to-head with France, who had earlier beat Poland, in the quarter-finals on Saturday, November 10.

However, it might not be an easy win for England as the game will go into extra time and penalties if they level with Senegal after regular time.