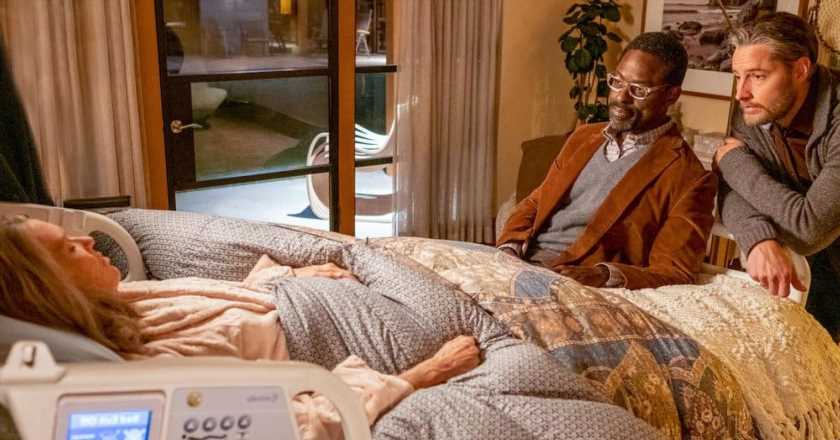 The penultimate episode of This Is Us has drawn an emotional reaction from fans as the series finally said goodbye to Rebecca Pearson.

It’s the moment This Is Us fans never wanted to arrive. But in the penultimate episode of the hit series, fans were taken on a tear-jerking journey through the final hours of Rebecca Pearson’s life.

As viewers of the show will know, This Is Us has been chronicling Rebecca’s journey with Alzheimer’s disease for several seasons, so while the much-loved character’s death came as no surprise, the farewell was no less emotional.

This Is Us season 6: Mandy Moore reveals the physical reaction she had reading the final scripts of the emotional family drama

Ahead of the final farewell next week, the penultimate hour of the show was a heart-wrenching watch as Rebecca’s family gathered at her bedside to say their goodbyes.

The Train saw Rebecca (played by Mandy Moore) journey through her own past while her family recounted their favourite stories of their time together. She holds on long enough so that all three of her children could say goodbye, and after drifting off into a peaceful sleep, she was reunited in the afterlife with her late husband Jack Pearson (Milo Ventimiglia).

As Rebecca’s deathbed scene played out on screen, fans were completely devastated by the moment of loss, taking to social media to express their thoughts on the beauty and pain of the episode.

Viewers were also captivated by Moore’s performance as the Pearson family matriarch, calling for an Emmy nomination in the wake of her six-season run on the show.

Devastated as viewers were by the penultimate episode, the realisation that next week brings the season finale also hit hard.

It’s a good thing wise William is here to remind us of one of life’s truisms.

The series finale of This Is Us airs on Tuesday 24 May on NBC in the US and Disney+ in the UK.