Disney fans longing for the sights (and sounds) of the Magic Kingdom after a tumultuous year of limited fun have a kindred spirit in Andrew Barth Feldman.

The actor and singer puts his reverence for all things Disneyland and Walt Disney World front and center in “Park Map,” his rousing solo concert. The show ― which wrapped a sold-out, five-performance run at New York’s Feinstein’s/54 Below last weekend ― filters Feldman’s coming-of-age story through a Disney-fied lens to relay a poignant message about love, family and the power of living authentically.

Feldman, 19, rose to prominence in 2019 as one of Ben Platt’s Broadway replacements in “Dear Evan Hansen,” becoming the first real-life teen to take on the title role. Disney has been a common denominator in many of his major projects since then, including the current season of “High School Musical: The Musical: The Series,” on which he plays a French exchange student, and the crowdsourced hit “Ratatouille: The TikTok Musical.”

In “Park Map,” however, Feldman grapples over whether to move on from his childhood heroes ― Mickey, Minnie, Goofy and the rest ― as he matures, or to embrace his future as a “Disney adult.” His hope of eluding such a designation is understandable, as Disney adults ― which the Urban Dictionary defines as “millennial adult[s], with or without kids, that can’t stop talking about Disney” and “the most terrifyingly intense people you’ll ever encounter” ― comprise a bizarrely polarizing demographic. 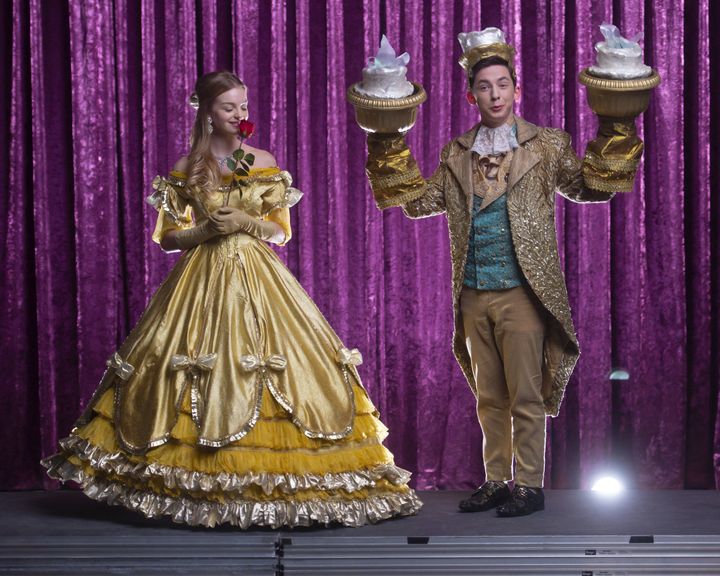 Fortunately, audiences needn’t be well-versed in Disney shorthand to enjoy “Park Map,” which serves as a winning introduction to Feldman’s talents as a musician.

Aside from an acoustic version of “Part of Your World” from “The Little Mermaid,” the show is light on Disney standards. Instead, Feldman opts for less-heralded gems like “Since I Gave My Heart Away” from 2000’s long-forgotten “Pinocchio” made-for-TV spinoff “Geppetto.” And though it’s rarely performed out of context, “There’s a Great, Big, Beautiful Tomorrow” from the Magic Kingdom’s Carousel of Progress attraction is effective as both an opening number and a finale.

The show’s emotional climax, however, is the wistful single “Every Pretty Girl,” which details the pitfalls of young love. Original tracks “Wake Up” and “The Castle” also diverge a bit from the Disney-centric narrative, but are nonetheless among the evening’s highlights.

Listen to “Every Pretty Girl” below.

Like any good Disney savant, Feldman knows that a day at the park must end on a high note. “Life is too short not to love the things you love hard,” he told the Feinstein’s/54 Below audience, before launching into an impressively physical, one-man reenactment of the “Fantasmic!” nighttime show, complete with DIY lighting effects and creative headgear. It was a fitting end to a show that hinted at the great, big, beautiful tomorrow in store for this gifted young artist.