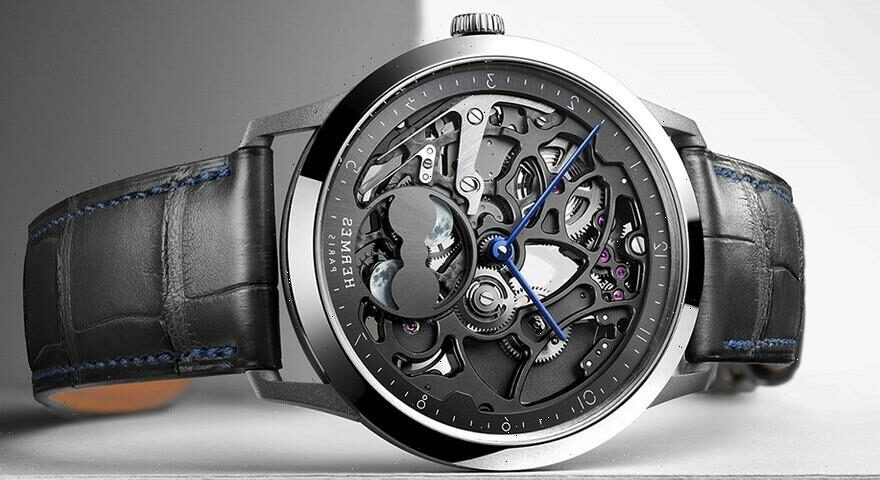 Hermès has treated its Slim d’Hermès to a modern skeleton makeover bringing a nocturnal aesthetic to its moonphase complication.

The skeletonized ultra-thin H1953 movement utilizes both gloss and matte finishes and different coatings along with a chapter ring, which is home to its hour markers, to emphasise the sense of depth of the open-worked automatic calibre. 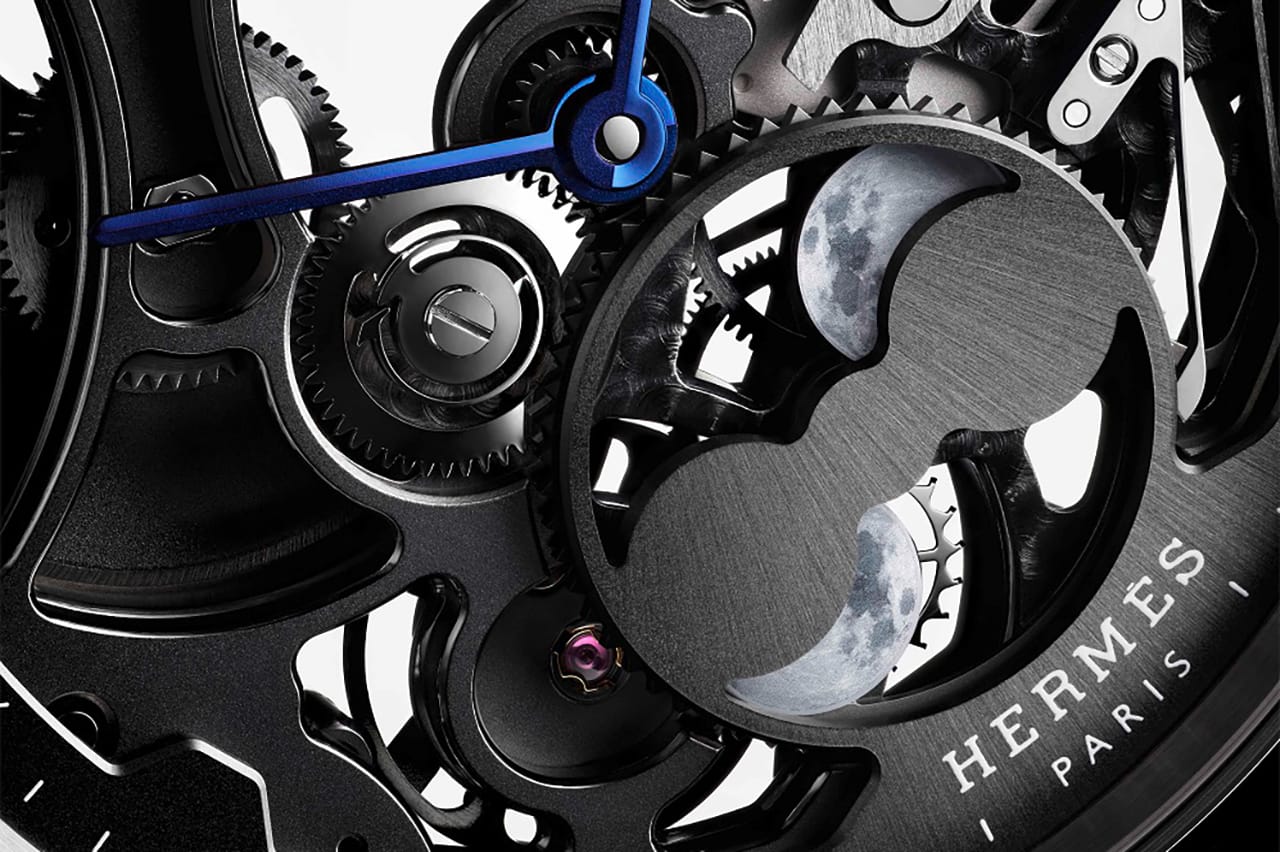 The movement, developed for Hermès by sister company Vaucher Fleurier, features a micro-rotor and manages a power reserve of 43 hours.

Adding further depth are straight, blued hour and minute hands – which are reflected with the blue stitching on the matte graphite alligator strap – and an open-worked double moon.

The Slim d’Hermès Squelette Lune is out now via Hermès, priced $20,000 USD.