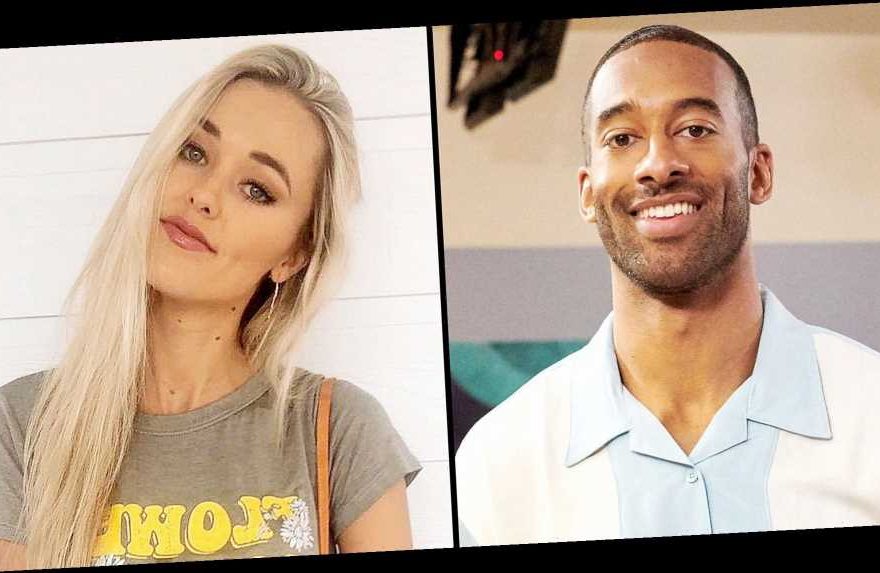 Hannah Brown and Tyler Cameron are once again at the center of the Bachelor universe! Heather Martin crashed Matt James’ season during the Monday, February 8, episode and left the leading man reeling.

First, MJ and Jessenia stated their cases to Matt during their makeshift two-on-one. MJ claimed she never lied to Matt about bullying the women in the house, but Matt chose to believe Jessenia’s version of events. Jessenia received a rose, and Matt sent MJ home. He then eliminated three more ladies — Magi, Brittany and Ryan — during the rose ceremony.

The drama still continued after MJ’s departure, though, with Serena C. pointing the finger at Katie after Matt canceled the cocktail party. Serena accused Katie of costing her time with Matt and not being there for him, while Katie retorted that Serena was “pathetic” for attacking her over the situation.

Amid the fighting, Heather arrived at Nemacolin and asked to speak to Chris Harrison. She said that her friend Hannah told her she and Matt would be a perfect match, so Heather decided to try to meet him before he got engaged to someone else. Chris eventually agreed to let Heather quarantine and then introduce herself to Matt.

Meanwhile, Pieper landed a one-on-one date with Matt, during which they went to a carnival in the woods. She told him it was hard to communicate her feelings but she was falling in love with him. They promised to be open with each other, and he gave her a rose.

Matt then went on a bowling group date, which ended with the losing team being sent back to their rooms. However, Matt later invited them to the afterparty anyway because he wanted time with everyone. He ultimately gave a rose to Michelle.

Before his one-on-one date with Katie, Matt met up with Tyler for some advice. Tyler reminded him that he had a slow-burn relationship with Hannah during his season of The Bachelorette, and Matt revealed that he could see himself proposing at the end of the process.

Katie and Matt then pranked Tyler during their date, sabotaging his massage at the resort’s spa. Matt enjoyed his time with Katie but admitted his connections with other women were further along, so he sent her home. She was blindsided but had no regrets about being herself.

At the cocktail party, Matt was shocked when Heather, who said her dream was to fall in love and get engaged to him, arrived. He began laughing uncontrollably when he saw her. She promised to explain why she was there, while the women grew angry over her sudden appearance.