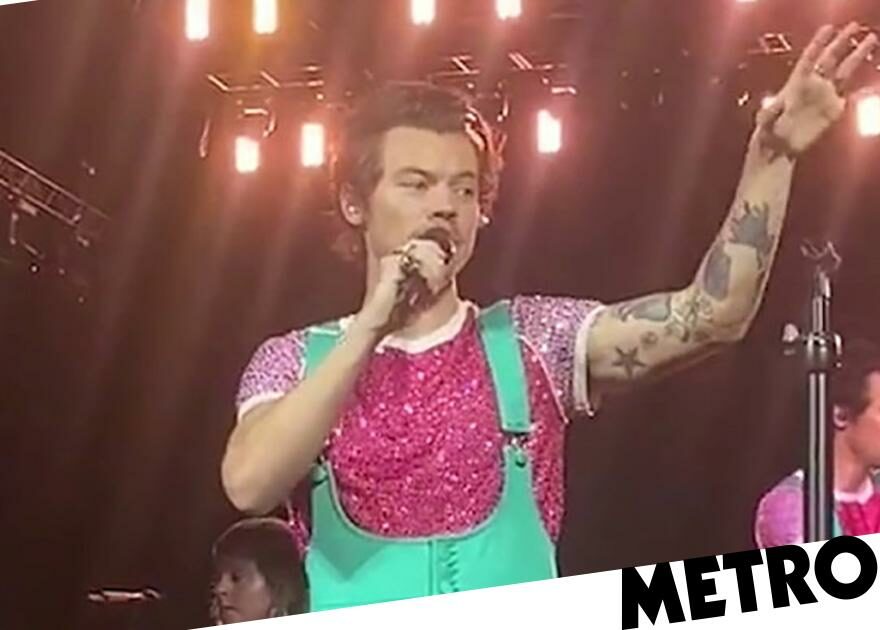 Harry Styles stopped a show in Colombia after noticing multiple fans were in distress in the crowd.

The 28-year-old former One Direction star is enjoying a massively successful solo career as he tours the world following record-breaking As It Was sitting atop the charts for weeks on end.

Having also played leading roles in two recent films – My Policeman and Don’t Worry Darling – this week Harry was in South America playing a sold-out show in Bogota.

However the concert was at risk of becoming dangerous due to crowd swells, with Harry forced to stop the show and plead with people to be safe.

In a clip shared to Twitter by a fan in attendance, Harry can be heard saying: ‘I’m very excited to be here, I know tonight, it’s going to be an amazing show.

‘But the most important thing is that everyone in here is safe. There are a lot of people here, it’s warm.’ 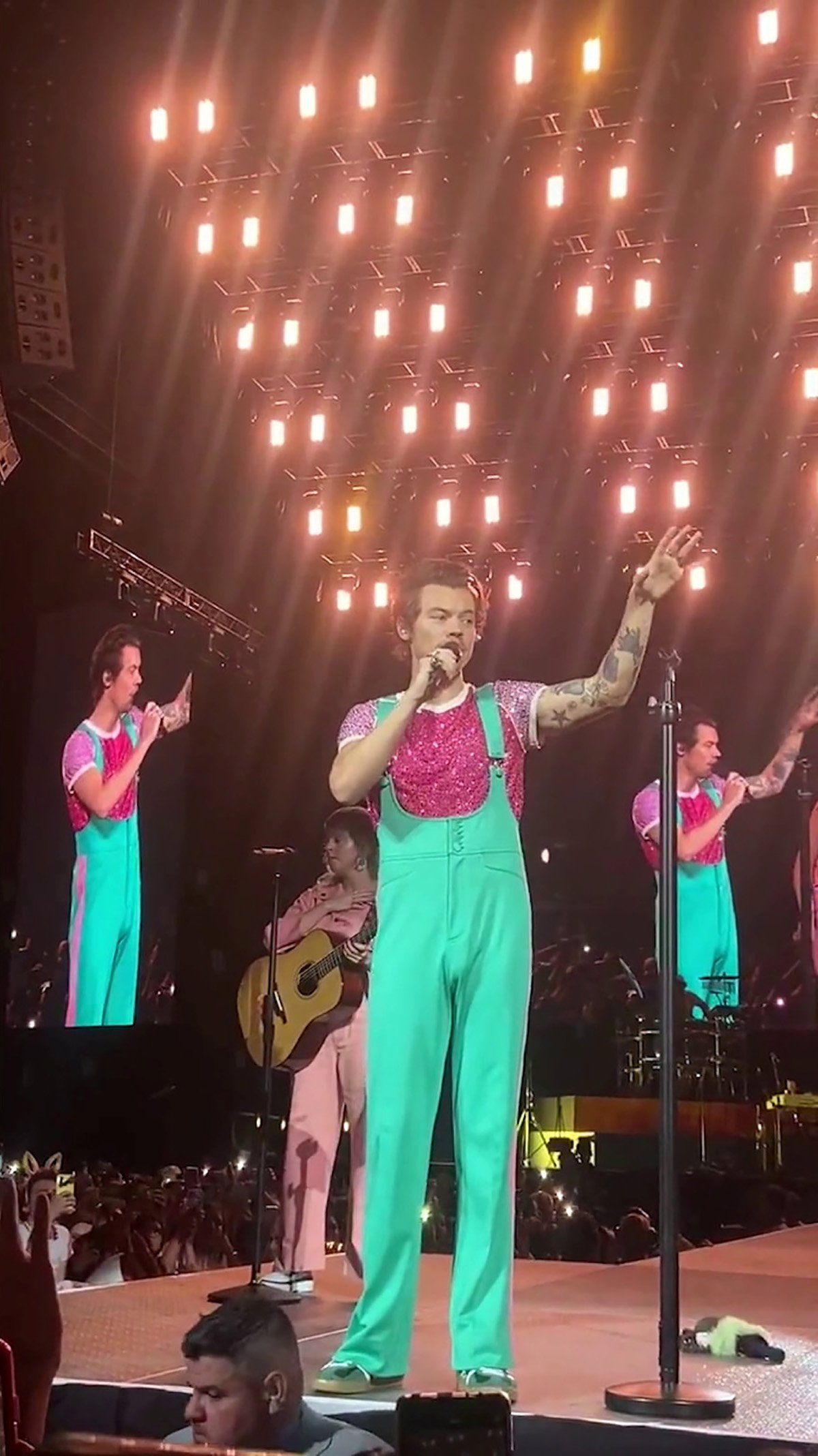 He told the audience to move backwards and give fans at the front space to breathe, advising: ‘Everyone on the floor, really slowly, starting from the back, we’re going to take a couple of steps back – really slowly.’

Fans could be heard shouting ‘te amo’ at the musician as he calmly directed the crowd.

In another clip, the singer can be seen asking people at the front if they’re feeling okay, and warns that if things become unsafe he won’t be able to finish the show.

Harry’s crowd control moment comes after fans apparently were heard screaming from the front row that they were suffocating and couldn’t breathe.

According to the Mail Online, eight people fainted during the gig, which had seen fans queueing up from 3pm to get as close to Harry as possible.

The Bogota show took place amid rumours Harry and Olivia Wilde recently split after two years together, having reportedly made the ‘amicable’ decision to ‘take a break.’

A source told People: ‘He’s still touring and is now going abroad. She is focusing on her kids and her work in LA. It’s a very amicable decision.’

The insider added that the musician and filmmaker have ‘different priorities keeping them apart.’

Harry met Olivia while working on their psychological thriller and they grew close as she both starred in and directed Don’t Worry Darling, in which Harry starred opposite Florence Pugh.

Reps for Harry Styles and Olivia Wilde have previously been contacted for comment.