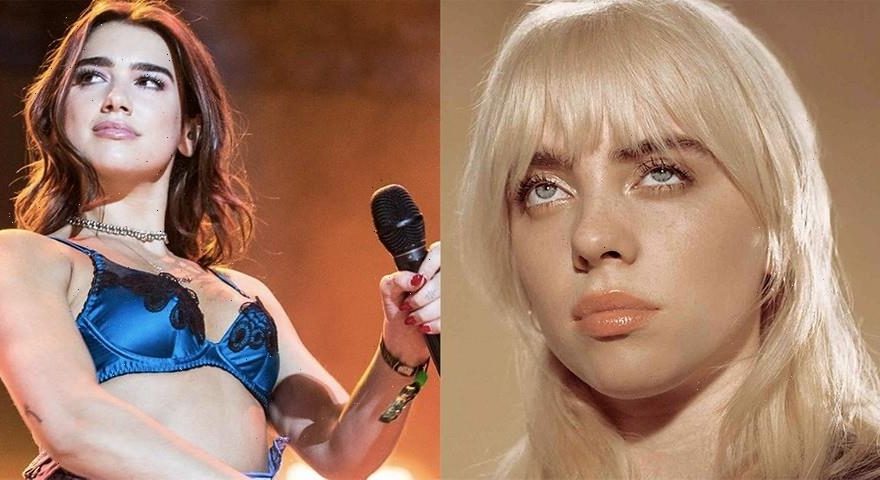 Last night’s BRIT Awards 2021 ceremony was significant for a number of reasons. First of all, it was an un-masked event, one of the first to take place following the outbreak of the coronavirus pandemic, and with over 4,000 attendees — many of whom were Britain’s key workers. Secondly, it was a showcase for groups often underrepresented in the music industry and beyond — in one segment, Years & Years‘ Olly Alexander duetted with Elton John in a performance of Pet Shop Boys’ “It’s a Sin,” in acknowledgment of the widespread success of the TV show of the same name. Thirdly, the BRIT Awards 2021 was a landslide for women artists, many of whom delivered powerful messages in their acceptance speeches.

Dua Lipa was awarded “Female Solo Artist” and “Mastercard Album” for her best-selling release Future Nostalgia from earlier this year. During her speech she spoke to all the NHS key workers, thanking them for their service, and also called upon Prime Minister Boris Johnson to give NHS staff a pay rise. Rappers Headie One and AJ Tracey used the stage to reel off many bars that reflected upon the current government and praised footballer Marcus Rashford for his charitable efforts.

Little Mix won “British Group.” During the trio’s acceptance speech, they recognized their former bandmate Jesy Nelson. Leigh-Anne Pinnock also said, “It’s not easy being a female in the UK pop industry. We’ve seen white male dominance, misogyny, sexism and lack of diversity. We’re proud of how we’ve stuck together, stood our ground, surrounded ourselves with strong women and are now using our voices more than ever.” Jade Thirlwall added, “The fact that a girl band has never won this award really does speak volumes. So this award isn’t just for us, it’s for the Spice Girls, Sugababes, All Saints, Girls Aloud, all of the incredible female bands — this one’s for you!”

Women took many of the other major categories, too. Highlights included sister-trio HAIM winning “International Group,” Taylor Swift winning “Global Icon,” Billie Eilish earning “International Female Solo Artist,” Arlo Parks for “Breakthrough Artist,” and Griff for “Rising Star.” Olivia Rodrigo’s performance of her chart-topping “Drivers License” was a standout performance of the night, as was P!nk and Rag’N’Bone Man’s performance of “Anywhere Away From Here” with the Lewisham and Greenwich NHS Trust Choir.