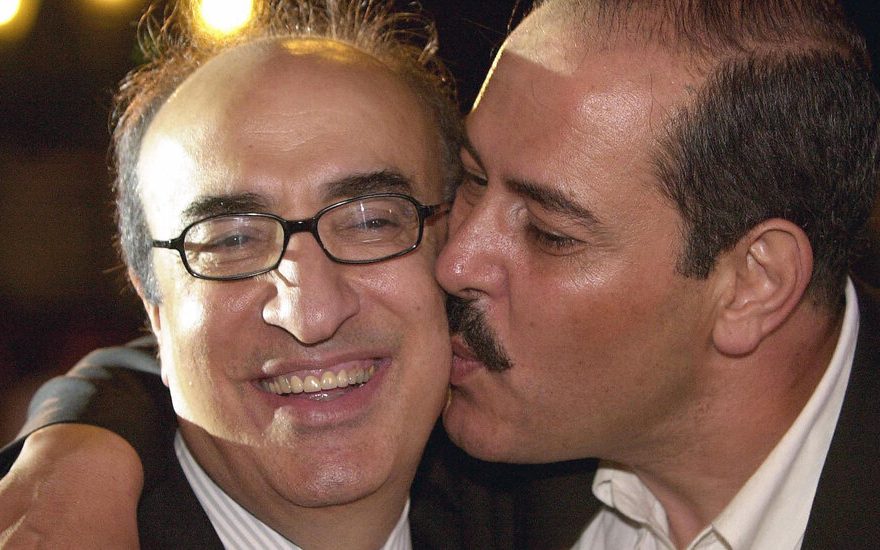 On Friday evenings before the coronavirus came to Beirut, a pulsing crowd of partygoers would stomp on the roof of a warehouse overlooking the port dancing to music at once retro and fresh. Its beat was unstoppable, its sound a mix of lush Arab diva melody, French 1960s pop and disco.

The musical blend required no modern adaptation by a D.J. It was simply another Elias Rahbani experiment.

From the 1960s through the ’80s, Mr. Rahbani, a Lebanese composer and lyricist who died of Covid-19 on Jan. 4 at 82, wrote instant classics for the Arab world’s most idolized singers, commercial jingles, political anthems, film soundtracks and music for underground and experimental Arab artists.

The Rahbani sound was ubiquitous. Many Lebanese remember the jingles he wrote for Picon cheese or Rayovac batteries, or the love themes he composed for popular TV shows and movies like “Habibati” (“My Beloved One”) from 1974. His style changed often: he was among the first composers to combine Western electric instruments with traditional Arab ones and fuse Western genres — prog rock, funk, R&B — with traditional Lebanese dabke folk dance music.

“His music is engraved in the memory of all Lebanese,” said Ernesto Chahoud, a Lebanese D.J. who helps run Beirut Groove Collective, which hosted the warehouse parties. “He did great Arabic music, great Lebanese music, and at the same time he was doing all of these Western styles. That’s why it’s timeless. That’s why a lot of people today want to listen to his music.”

He was never the face of the songs, not like the celebrities he wrote for, including Fayrouz, the legendary Lebanese singer with the swooning voice, or Sabah, the film and music star with the golden hair. Still, along with his older brothers, Mansour and Assi Rahbani — the musical duo known as the Rahbani Brothers — Elias Rahbani was beloved across Lebanon’s political, religious and class divides.

Yet he had ambitions that transcended tiny Lebanon’s borders. One of his sons, Ghassan, said Mr. Rahbani had nearly signed a contract in 1976 with a French company that would have given him a wider audience and perhaps greater control over the rights to his music; it would also have meant a move to France. At the last minute, however, he was overtaken by a rush of fondness for his country and decided not to sign.

“My father lived with the regret for the rest of his life,” Ghassan Rahbani said. Mr. Rahbani died in a Beirut hospital, his family said.

When he turned down the French contract Lebanon had just lurched into civil war. Hundreds of thousands of people died in the fighting, from 1975 to 1990. When it became too dangerous for Mr. Rahbani to travel to his usual studio in Beirut, he set up a makeshift one in his apartment north of the city; he later evacuated to a rental further north.

But he remained prolific.

Mr. Rahbani produced more than 6,000 melodies, Mr. Chahoud said. He wrote for pop stars; he wrote for an Armenian-Lebanese band, The News, which rode Mr. Rahbani’s psychedelic-rock compositions to brief international acclaim; he wrote for political parties across the spectrum, including the Baathist Party of Syrian President Bashar al-Assad.

When he was asked about his political sympathies, he refused to be labeled. “I’m above all, and all of them come to me,” he once said, according to his son Ghassan.

Elias Hanna Rahbani was born on June 26, 1938, in Antelias, Lebanon, north of Beirut, to Hanna Assi Rahbani, a restaurant owner, and Saada Saab Rahbani, a homemaker. The elder Mr. Rahbani played the bouzok, a lutelike instrument. He died when Elias was 5.

Elias Rahbani told Mr. Chahoud that he had started playing the piano as a child after hearing hymns spilling out of the convent near his family’s home. He trained as a pianist, but an injury to his right thumb forced him to switch to composing when he was 19, his son Ghassan said. He eventually got his big break while working for Radio Lebanon, writing songs for the singer Sabah. 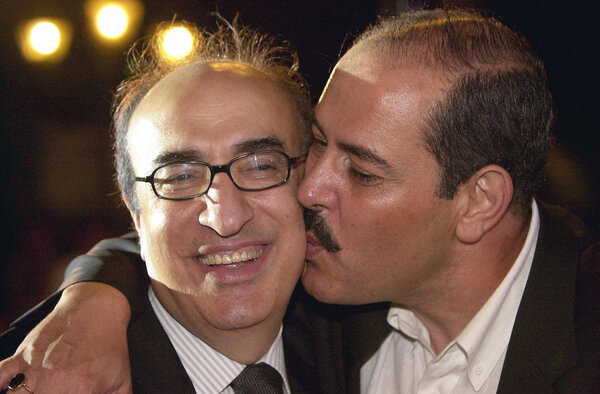 Mr. Rahbani often collaborated with his older brothers, who became famous for writing much of Fayrouz’s music. Though Mr. Rahbani wrote for many mainstream artists, he increasingly experimented with new sounds from around the world, often providing the material that helped launch the careers of little-known Lebanese bands and singers. Funk, Franco-Arab, Latin music, psychedelic rock and the French pop yé-yé all influenced his work.

In the 1970s, Mr. Rahbani was among the first musicians to introduce Western drums, electric guitars and synthesizers to Arab music, deploying them alongside the traditional oud (which also resembles a lute) and the durbakke (a small hand drum) in albums like “Mosaic of the Orient.” Mr. Chahoud said tracks from the album had been sampled widely outside of Lebanon, including by the Black Eyed Peas.

In recent years, Western-influenced Arab music from Mr. Rahbani’s era has grown popular at clubs and on internet radio in the Middle East and beyond, often played by DJs who dig through vintage record and cassette archives to find and promote songs by lesser-known Arab artists.

But in Lebanon, Mr. Rahbani had never left the soundtrack.