UFC star Conor McGregor appeared to want a piece of Machine Gun Kelly during a red-carpet incident at the MTV Video Music Awards on Sunday night.

Footage from the scene shows McGregor throwing a drink in the direction of Kelly and his girlfriend, actor Megan Fox, as several people move to hold the MMA fighter back.

TMZ reported McGregor wanted a photo with Kelly, stuck out his hand to say hello, and was pushed back by the rapper’s team, and that McGregor was “surprised” by how he was treated.

A representative for McGregor told People he did not want a photo, and McGregor laughed off the incident when asked about it by Entertainment Tonight, saying he didn’t know what happened.

“I don’t even know the guy to be honest with you,” McGregor said. “Nothing happened with me, I only fight real fighters, people that actually fight, you know what I mean. I certainly don’t fight little Vanilla Ice boy rappers.”

He said he doesn’t know anything about Kelly “except that he’s with Megan Fox.”

Kelly didn’t have much to say about the incident:

McGregor had been walking with a cane after surgery due to a gruesome leg injury suffered in a fight in July, but dropped it during the incident.

He got his cane back, and everyone went inside without further incident.

Kelly was at the event to perform, and also picked up a VMA for best alternative video for “my ex’s best friend,” while McGregor was there to present an award to Justin Bieber.

The commotion before the show was caught on camera from several angles, in both still photos and video: 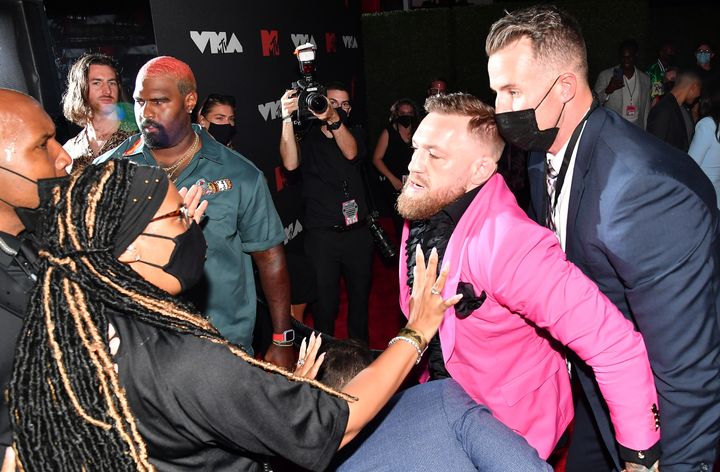 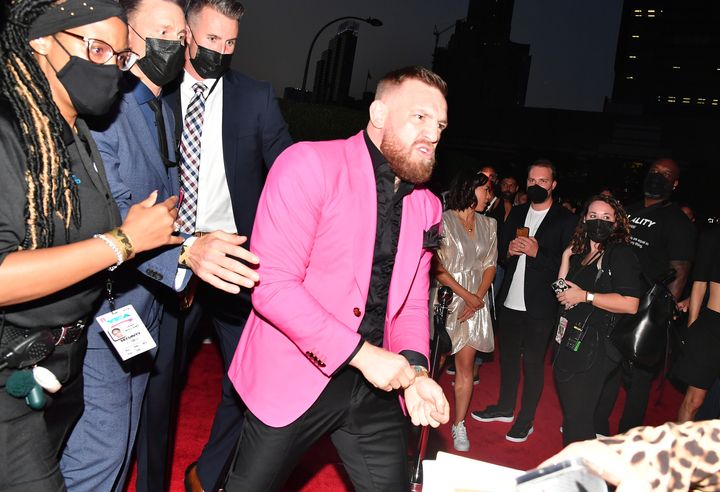 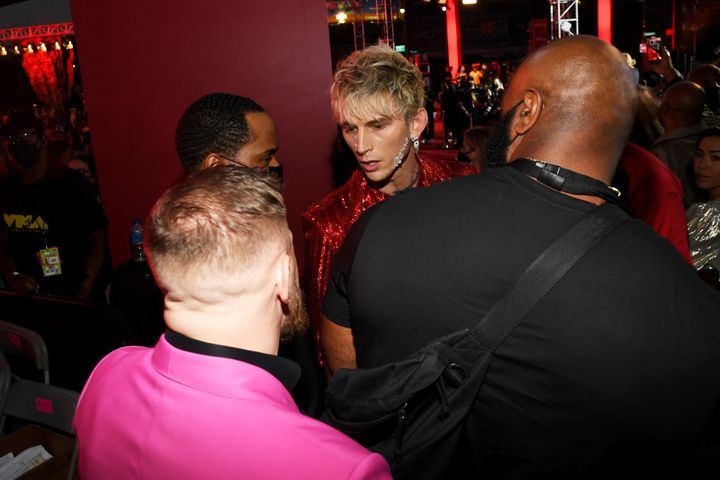