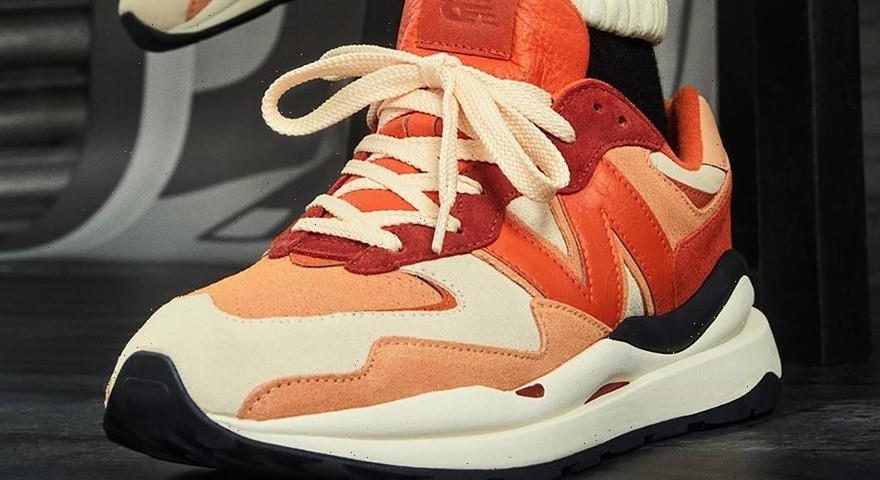 When Concepts engages in collaborative projects, it almost always makes sure that the storytelling component is on point. And after exploring Egyptian archaeology with Kyrie Irivng for its Nike Kyrie 7 team-up and Japanese tuna for its ASICS GEL-LYTE III partners, the footwear and apparel retailer is now paying its respects to Headin’ Home — a 1920s film that also served as Babe Ruth’s acting debut — for a fresh footwear and apparel collection with New Balance. The collaboration honors the iconic rivalry between two of the MLB’s east coast titans in the Boston Red Sox and the New York Yankees.

On the footwear side, the two parties are proffering a striking New Balance 57/40 colorway. The assemblage is furnished with a vivid blend of orange shadings that touch down on the mid-foot, collars, tongues, toe boxes and forefoot and come offset with a red suede overlays adjacent to the throat to nod to the Fenway Park home team. Yankees-esque navy hits come into play on the bottom pieces as they dress up the heels of the midsoles and the treading.

In the apparel department, there’s various pieces including tees, hoodies and sweatpants that are embellished with “Concepts” spell outs written in Red Sox font, mesh baseball jerseys and shorts, and a black crewneck that bears a “Concepts All Stars” logo and baseball field graphic.