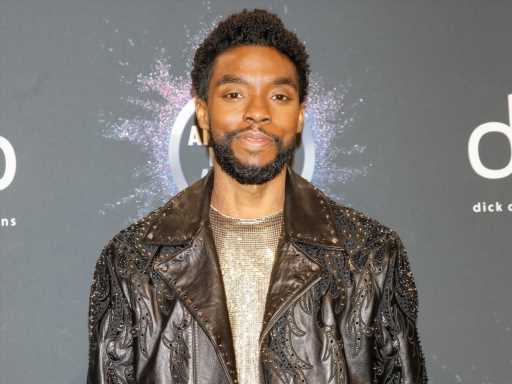 It’s still hard to believe Chadwick Boseman isn’t still with us, but that loss was made all the more real when his widow Taylor Simone Ledward, accepted the Best Actor award at the Golden Globes on his behalf for Ma Rainey’s Black Bottom. The emotional speech moved everyone to tears because her grief was so palpable.

Ledward started the tearful speech as if he were present. “He would thank God. He would thank his parents. He would thank his ancestors for their guidance and their sacrifices,” she said while the camera jumped back to presenter Renee Zellweger, who was visibly moved by her words. The posthumous win was expected for the late actor, who died last August after a four-year battle with colon cancer.

“He would say something beautiful,” Ledward continued as she honored Boseman and his life. “Something inspiring, something that would amplify that little voice inside of us that tells us you can, that tells you to keep going, that calls you back to what you were meant to be doing in this moment.”

His co-star Viola Davis was also choking back tears as she held onto her husband Julius Tennon for support. Boseman’s absence is deeply felt during this award show season, where he should be celebrating his acting accomplishments. Instead, his family and co-workers are mourning his loss.

It was a heartbreaking speech that wrapped with Ledward wisely reminding everyone, “I don’t have his words, but we have to take all the moments to celebrate those we love.” And it’s a pretty sure bet that Hollywood will continue to honor Boseman’s work throughout the rest of the award show season.