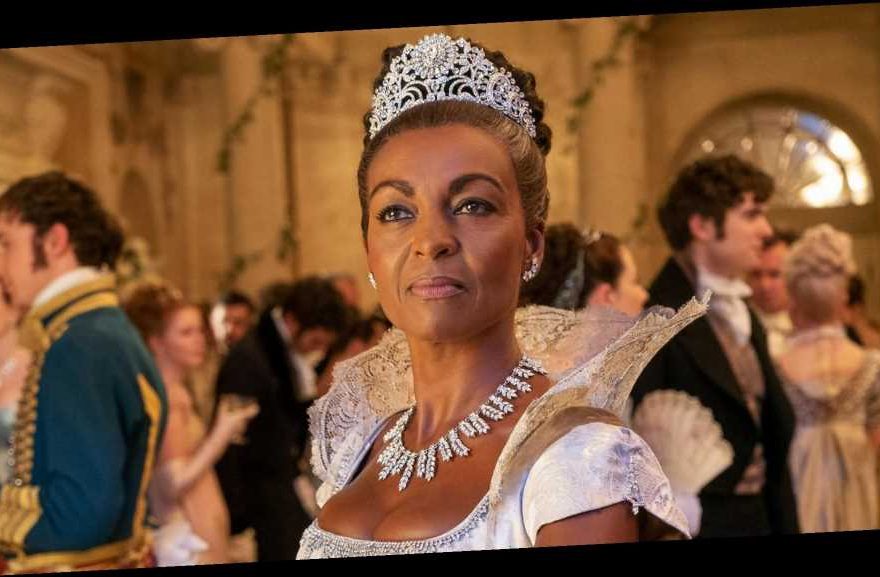 A lady in love? Bridgerton star Adjoa Andoh is crossing her fingers that romance blossoms in season 2 of the Netflix series.

‘Bridgerton’ Season 2: Everything We Know So Far

In an interview published on Friday, January 22, the actress, 58, said she’d like to see her character develop more — and maybe even fall in love.

“I suppose, I’d want to know more about her and the Queen [Golda Rosheuvel]. They know each other, and they’ve both been around for a long time. I love her relationship with the other older women on the show,” Andoh shared with Good Housekeeping. “I love the way they band together to have agency over situations that you wouldn’t imagine women of that period having — literally, women were the property of men through marriage or whatever.”

The 11 Hottest Onscreen Kisses Ever

The Invictus star continued, “They really love each other and they’re quite independent so I would love to see how Lady Danbury gets on [with the Queen]. And maybe to see Lady Danbury having a bit of a romance of her own?”

Andoh also revealed which of her costars’ backstory she’s most interested in — and the answer is surprising. “I’m really intrigued with the second Bridgerton brother Benedict, Luke Thompson’s character,” she told Good Housekeeping. “He’s really not quite sure what he’s doing with his life. I’m quite keen on him, just to see what happens with him because to me it’s just a slow burner.”

Netflix confirmed season 2 is in the works on Thursday, January 21, amid much speculation and fanfare from viewers. The streaming service announced the news in a letter penned by the show’s beloved gossip columnist, Lady Whistledown. “The incomparable cast of Bridgerton will return to production in the Spring of 2021,” the statement read. “This author has been reliably informed that Lord Anthony Bridgerton [Jonathan Bailey] intends to dominate the social season. I will have my pen ready to report on any and all of his romantic activities.”

Bridgerton premiered on Netflix on Christmas Day. The project is the first to come from Shonda Rhimes‘ multiyear deal with the platform and is based on Julia Quinn‘s series of young adult books by the same name. Chris Van Dusen created the show, teasing his hope to release eight full seasons ahead of Netflix’s official announcement.

Biggest Differences Between Netflix’s ‘Bridgerton’ Adaptation and the Book Series

It’s unclear how COVID will affect filming on Bridgerton season 2, but the cast is aware changes could happen. Phoebe Dynevor, who plays Daphne Bridgerton on the show, detailed her fears to Deadline earlier this month. “I can’t imagine how it would be possible to film under these circumstances,” she said at the time.