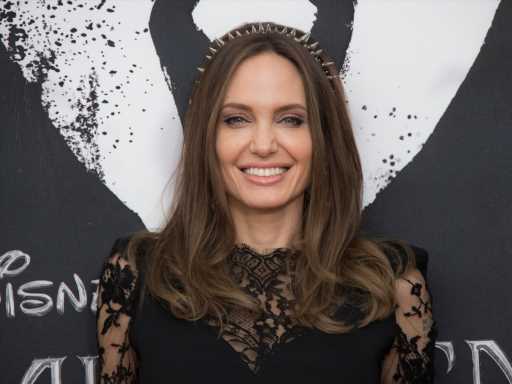 Is Angelina Jolie dating The Weeknd? We keep asking this same question because the two stars seem to revolve around the same orbit a lot these days. If they aren’t enjoying a dinner out together, they are seen at the concert (but not together), which really makes us curious about the singer’s latest venture.

The Weeknd is heading into Jolie’s philanthropic territory with his new role as a Goodwill Ambassador for the United Nation’s World Food Programme, per Page Six. He has already aided the organization by donating $1 million recently for their relief efforts in Ethiopia after major unrest there. Jolie has worked with the UN for 20 years and is currently a special envoy with them. So were all of their recent dinners about his upcoming partnership with the UN? Or is he joining the Oscar winner’s charitable efforts because they are dating?

Sources haven’t given any indication that a huge romance is blossoming — they often share how ambitious The Weeknd is in his career. “They’re clearly not trying to hide [the dinner],” a Page Six insider said in July. “He’s definitely focused on getting to the movie business. He has the new HBO series [The Idol] he’s starring in.” But we have to remember that they last time they were spotted in each other’s company, the Daily Mail saw them leave together in his SUV and head back to his $70-million Bel Air home — on a Saturday night, that seems very friendly.

But if they are dating and Jolie’s having that type of meaningful influence on the “Can’t Feel My Face” singer, then that’s a pretty good indication that things are serious. If not, The Weeknd has found a great mentor in the mom-of-six and she’s guiding the way on how he can use his money and power for good. But the two of them are going to keep us guessing because they know it generates a headline or two.

Before you go, click here to see all the celebrities who are dating or married to older women.