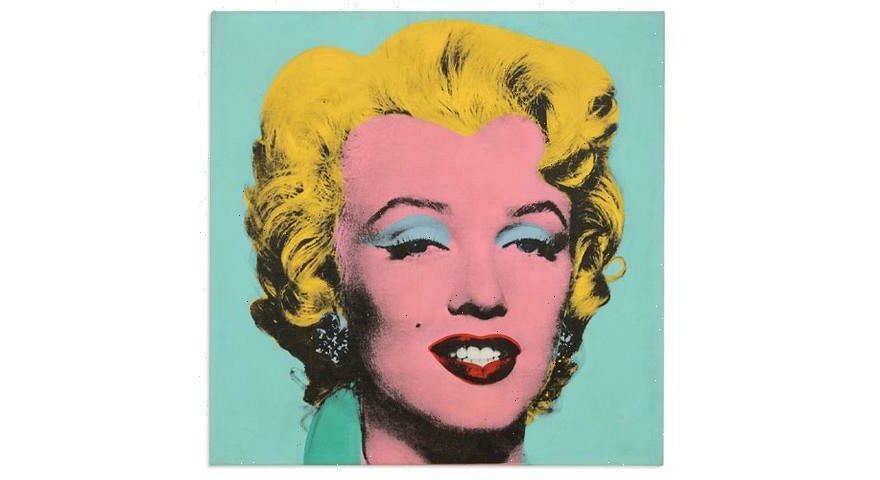 Andy Warhol‘s iconic 1964 painting of Marilyn Monroe titled Shot Sage Blue Marilyn, has officially been sold for $195 million USD by Christie’s. In just under four minutes, the painting was acquired by an unknown buyer, making it the highest-priced 20th-century art piece ever sold.

Christie’s specialist Alex Rotter told the New York Times, “We did sell the most expensive painting of the 20th century. This is a big achievement.” The painting which is a 40-inch-by-40-inch piece, has eclipsed the previous Basquiat skull painting sold at Sotheby’s in 2017 for $110.5 million USD and Warhol’s own car crash painting which sold for $105.4 million USD in 2013.

Ahead of the auction, Rotter said, “Shot Sage Blue Marilyn is the absolute pinnacle of American Pop. The painting transcends the genre of portraiture, superseding 20th century art and culture. Standing alongside Botticelli’s Birth of Venus, Da Vinci’s Mona Lisa, and Picasso’s Les Demoiselle d’Avignon, Warhol’s Marilyn is one of the greatest paintings of all time.” Christie’s confirms that this piece is “one of the rarest and most transcendent images in existence” and prior to the sale, estimated the price to be near the $200 million USD region.

The painting was sold at Christie’s charity auction where all proceeds go towards the Switzerland-based Thomas and Doris Ammann Foundation Zurich, which works to establish healthcare and education programmes for children around the world.

Take a look at the painting above.