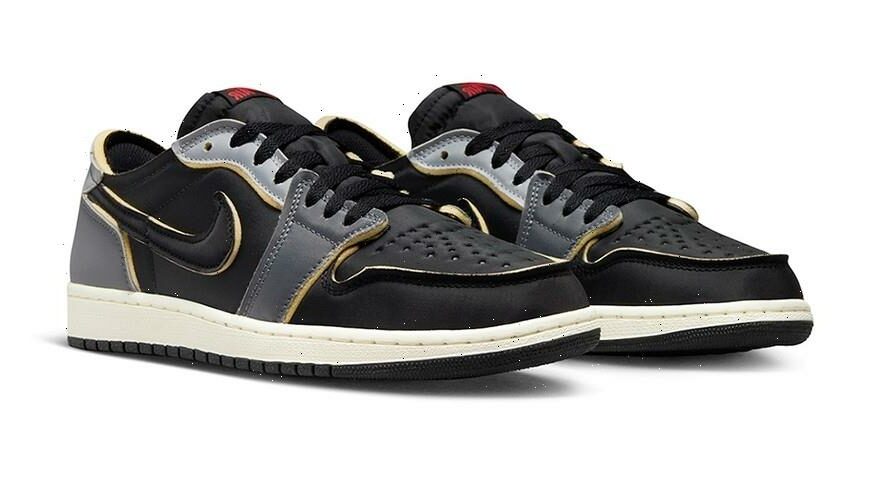 There are tons of new products to look forward to from Jordan Brand in the coming months, some of which include new innovations for the hardwood such as the Jordan Luka 1 and Air Jordan 37 as well as new iterations of its ever-growing retro lineage. For the latter, one of the makeups that will be making its way out into the market is this Air Jordan 1 Low OG EX model that has just been revealed in a stealthy “Dark Smoke Grey” colorway.

You can probably gather from its moniker that it borrows the shape of the Air Jordan 1 Low OG, but it comes with a slightly modified upper build. The base layer is prepared with a slightly deconstructed look as the Swooshes and overlays have been given a dimensional feel and expose the yellow foam that sits underneath. Tongues and interior liners also follow this same design direction. The tongues, toe boxes, Swooshes and quarter panels all arrive with stark black skin while the neighboring overlays are dyed in its titular shade. Hints of bold red accents pop out through the Nike Air branding on the tongues and insoles for a small dose of vibrance.

There’s no word on when these will launch just yet, but be on the lookout for Nike to drop them in the coming months.

In other news, official images of the Air Jordan 14 “Ginger” have been released.
Source: Read Full Article