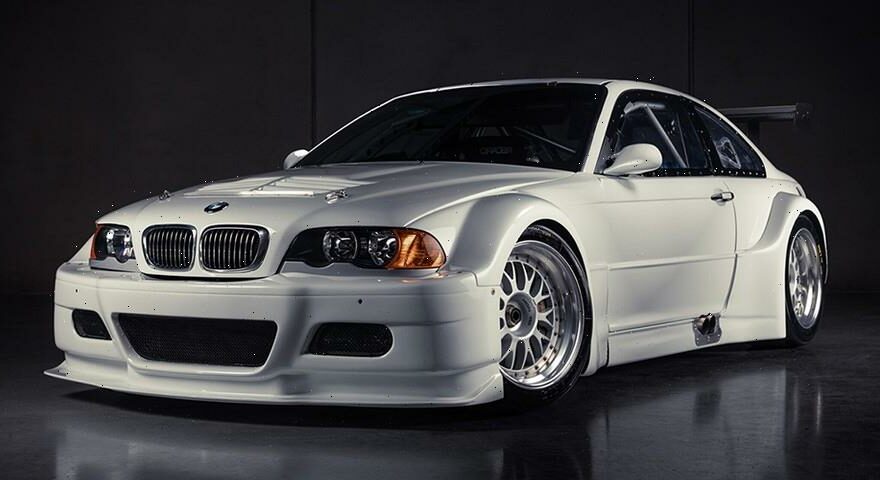 The BMW E46 M3 GTR is one of those cars that many automotive fans know and love, but have never seen aside from on the screen while playing Need for Speed: Most Wanted. Now, Young Timers Garage has got its hands on one of the two race cars ever made with a V8.

Served up in a stock shade of gloss silver-gray without any racing liveries, this M3 comes fully specced for the race track. Unlike its roadgoing sibling which features an inline six-cylinder engine, this GTR is offered with an M5-sourced 4.9-liter V8 that’s mated to a six-speed manual transmission, driving the rear wheels.

Three other GTR iterations were made but were fitted with a six-cylinder race engine — just #004 and #005 came with the V8. It was completely overhauled for racing, featuring a double row timing chain, hollow camshafts, and “a semi-dry-sump oil system consisting of two additional scavenging pumps that activate for hard cornering,” as per the listing.

As for styling, that too is also fully racing spec. The widebody kit is further accentuated with a huge carbon fiber rear wing on the boot deck, while at the front you’ll find a deep grille and a louvered front hood. Side-exit exhausts hit up the skirts, while the rear has been smoothed for better aerodynamics.

Take a look at the seasoned BMW E46 M3 GTR above, and find out more about the car on Young Timers Garage’s website. The price is on appointment, so we imagine it costs a considerable amount.

In case you missed it, check out the latest installment of DRIVERS.
Source: Read Full Article