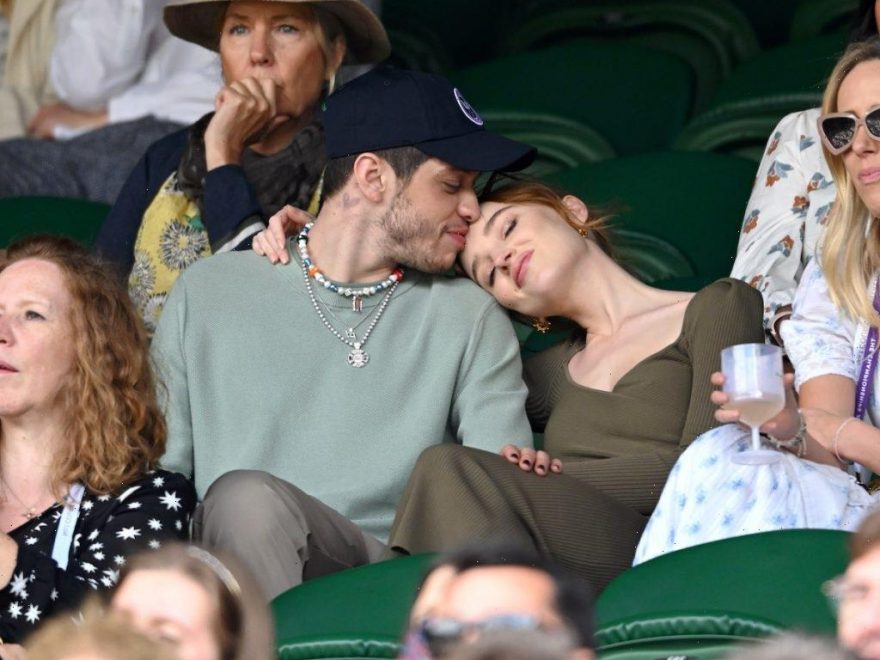 Pete Davidson from “Saturday Night Live” and Phoebe Dynevor of “Bridgerton” fame recently broke up. If you blinked, you might have missed this celebrity relationship entirely. The couple only dated for a few months, and much of their relationship was long-distance.

Here is everything you need to know about their romance and why they called it quits.

Pete Davidson and Phoebe Dynevor dated for about 5 months

Rumors of a romantic connection between Davidson and Dynevor sparked back in March. They were holding hands and being affectionate in England, where Dynevor lives.

Although they never publicly announced their relationship, they didn’t shy away from PDA at Wimbledon in London in July. Davidson and Dynevor, whose ship name is DyneVidson, snuggled in the stands while watching a match. Davidson kissed Dynevor on the forehead, and the couple even wore matching outfits.

The pair were also seen wearing matching jewelry. Coincidentally, Davidson and Dynevor have the same initials. Since their romantic involvement with each other, they each wore necklaces with the letters “PD” on them to separate public appearances.

Davidson wore his initials necklace during his interview on “The Tonight Show” in April. Dynevor rocked the same piece of jewelry during an appearance on YouTube around the same time.

Neither celebrity is a stranger to the public interest in their love lives. Davidson was famously engaged to Ariana Grande in 2018, followed by romances with Kate Beckinsale, Margaret Qualley, and Kaia Gerber.

“Bridgerton” fans speculated that Dynevor was dating her co-star Regé-Jean Page. Although they have electric chemistry on screen, both Page and Dynevor deny the relationship rumors.

Phoebe Dynevor is living her best life after the breakup

Dynevor appears to be unbothered by the breakup. She has been uploading photos from her recent vacation in Croatia with “Bridgerton” co-star Sabrina Bartlett.

“Just two happy pears,” Dynevor captioned a video of her and Bartlett swimming in the sea. She also posted a gallery of photos tagged at the Meneghetti Wine Hotel and Winery in Bale, commenting, “Thank you @meneghetti_istria for putting up with two very giddy children! What a trip ❤️”

It’s unclear whether or not Davidson will be returning to “SNL.” Several cast members, including Kate McKinnon, Kenan Thompson, and Cecily Strong have all expressed their uncertainty about their future on the show.

But show creator Lorne Michaels has expressed that he wants the entire cast to return, presumably including Davidson. Davidson has also been seen wearing a necklace with Michaels’ photo on it, indicating that there is no ill-will between the two men. Also, Davidson really seems to enjoy expressing his love through jewelry.

Neither star has commented publicly on the relationship or breakup

Neither Davidson nor Dynevor explicitly stated that they were ever dating, but the PDA photos and matching initials necklaces made it fairly obvious.

Davidson also admitted that he was “with [his] celebrity crush” during a Zoom Q&A with Marquette University students.

Although the reason for the breakup is unclear, fans speculate that it was due to the long distance between them. Davidson lives and primarily works in New York, while Dynevor lives and works in England. The distance, combined with their shooting schedules, likely made it impossible for the relationship to advance.