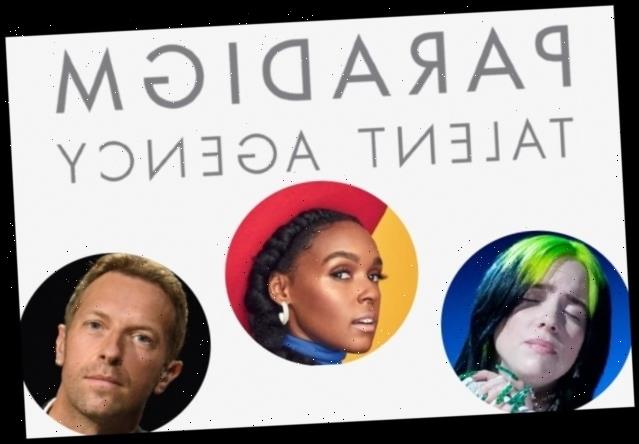 “A merger between what’s left or Paradigm and APA is the likely outcome,” one top agent tells TheWrap

The collapse of Paradigm after a brutal pandemic year means that the agency is unlikely to survive on its own once it completes the sale of its music assets to sports and media mogul Casey Wasserman announced earlier this week, industry insiders told TheWrap.

“The end is near for Paradigm as a standalone agency,” one top agent said. “Paradigm won’t exist on its own after the sale of its music division.”

The sentiment was widespread among the talent agencies in Hollywood and their business colleagues. Paradigm, struggling after a year without live concerts that generated the bulk of its revenues from its deep roster of music clients, had reached the end of the line for its music business, which left precious little to continue as a going operation.

After announcing the sale of Paradigm’s music assets to Wasserman, the agency said it is in “active discussions” for its talent and literary business, without explaining precisely what that means. Many observers presume this means a sale of those remaining assets, with APA identified as a likely potential partner because it is focused on literary talent and could benefit from bulking up.

“A merger between what’s left of Paradigm and APA is the likely outcome,” the top agent said. “The big agencies already kicked the tires on Paradigm in an effort to acquire the music department; Gersh isn’t going to merge with anyone. Innovative is the same. So that leaves APA.”

Gores and a rep for APA both declined to comment for this story.

Paradigm is already unique among most Hollywood agencies as an independently owned outfit run by CEO Sam Gores and supported by his wealthy financier-brother Tommy Gores. Paradigm has clung to its independence even as other talent agencies from CAA to WME to UTA have bulked up with outside investment from private equity, pushing into acquisitions and new lines of businesses to deploy their capital.

Paradigm stuck with its talent-focused business strategy, and turned down an acquisition offer from United Talent Agency in 2019, a decision Gores may well regret today.

While all agencies have struggled during the pandemic, Paradigm has taken a greater hit due to its outsize reliance on the music business, which made up two-thirds of its revenue and featured top talents including Coldplay, Ed Sheeran, Billie Eilish, Janelle Monae and others. As the coronavirus pandemic continued to wreak havoc and concerts came to a screeching halt, Paradigm found itself in a bind — with no cash coming in and no horizon for a restart to the concert business.

Agents had thought 2020 would line up to be one of Paradigm’s best years for music-related bookings, with clients like Eilish and Kenny Chesney prepping major tours. But with expenses and payroll in the millions of dollars, Gores last spring decided to temporarily lay off staff and make salary cuts. Then last September, 180 Paradigm staffers were permanently let go.

Of course, Paradigm was not the only agency impacted by the pandemic. In the early months of the crisis, live events and movie and TV productions ground to a halt — and with them went the agencies’ primary sources of revenue. Soon, there were thousands of layoffs and furloughs at UTA, Paradigm, ICM Partners, APA, CAA and WME.

“You have to try to bring costs down more in line with revenues,” another agency insider explained. “All the agencies had to make that tough call based on recurring revenues and what you had coming in… And you always have to keep those options on the table the longer the pandemic drags on. It’s hard to find new money to make up for that loss.”

That’s been even more true for Paradigm because it relied so heavily on clients who generate most of their revenues from live performances that show no sign of returning soon.

But the blood was in the water after the initial layoffs. A former Paradigm agent said the agency started to hemorrhage clients after the layoffs began. “Since the layoffs last year, there’s been a mass exodus of clients across the board,” the former agent said. “Anybody that was anyone. No directors left. No stars left.”

In September, a half-dozen departed Paradigm agents started their own company, called TBA, taking over prominent touring acts including The War on Drugs, Chvrches and Courtney Barnett.

To make matters worse, the shutdown of the concert business happened at the agency’s low cash point, when it operated on loans that floated the company until the flush months of the summer and the festival and outdoor concert season.

Such a music roster seemed enticing to Casey Wasserman, who on Wednesday officially finalized a deal to acquire the North American music assets, including the live-music representation business as well as a new operating unit. The deal is expected to close in Q2 2021, and the new company’s name and configuration will be shared by Wasserman. The Wrap exclusively reported last June that the mogul had begun negotiations to acquire the assets.

Last summer, Tom Gores and his investment company Crescent Drive Media also took an ownership stake in Paradigm. The move was a financial step to aid Paradigm in weathering the coronavirus crisis but also to “invest in future growth.”

That growth never came to pass.