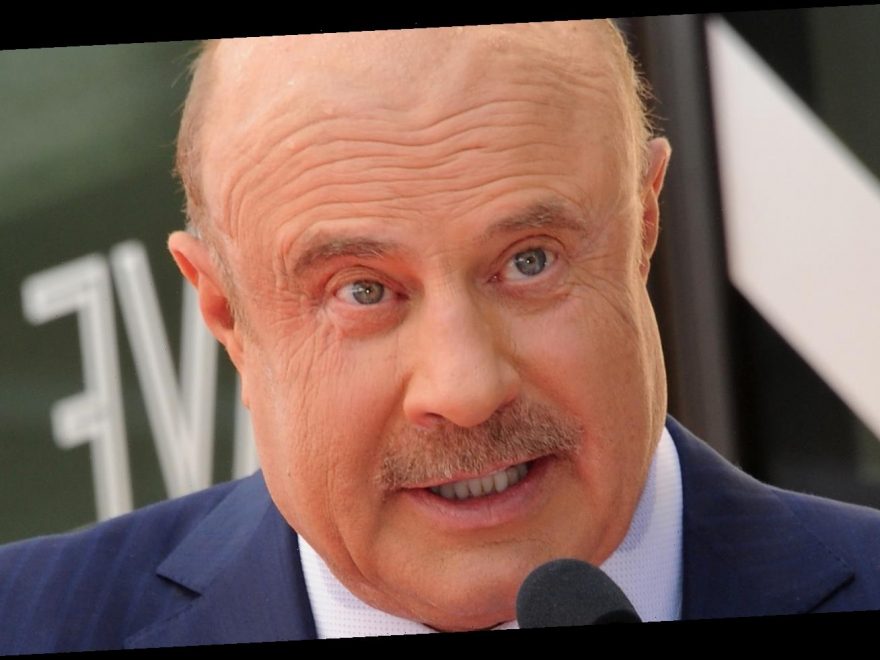 Dr. Phil McGraw is being called out on Twitter after live-tweeting an episode of RuPaul’s Drag Race — and it’s not because he was bashing everyone’s favorite show. In fact, the doc and his wife, Robin, are apparently huge fans, but his enthusiastic and earnest live tweets renewed interest in a scandal McGraw has become embroiled in.

On the surface, the tweets seem rather harmless. In one, he jokes about the severity of the judges, and, in another, he praises RuPaul: “Ru always makes me feel like I need to step my suit game up!” There are dozens of live tweets, complete with emojis, as he and his wife made their way through the episode. He marvels at the challenges, praises the looks, and even referenced a famous RuPaul quote. “If you can’t love yourself then how the HELL are you going to love somebody else!” he tweeted. “Thanks for watching with me!”

It was a shock to some people that McGraw was actually loving Drag Race. “Dr. Phil loves RuPaul’s Drag Race was not on my 2021 bingo card,” one person tweeted. However, some people had a very different take on the tweets. “So interesting that Dr Phil is suddenly a Twitter bug with live commentary about Rupaul’s Drag Race right after an old guest threatened to expose him,” said one critic. “He’s tweeting sh*t about #dragrace to distract from the fact that he sends kids on his show to TurnAbout Ranch which has TONS of pending abuse, neglect, and sexual assault charges,” another alleged. Here’s what they’re talking about.

While some people thought it was cute that Dr. Phil was such a big fan of RuPaul’s Drag Race, it left a bad taste in the mouth of others. For starters, it reminded people that Dr. Phil McGraw is actually not a licensed therapist and hasn’t been for years, which makes his alleged behavior all the more troublesome.

Just before he garnered attention for live-tweeting Drag Race, Bhad Bhabie (who first became famous for appearing on Dr. Phil’s show in 2016 and going viral for saying “Catch me outside, how about that?”) shared a video on Instagram detailing alleged abuse that she and others suffered at the Turn-About Ranch, a youth treatment center that McGraw sent them to after appearing on his show. Bhad Bhabie said that McGraw has until April 5 to apologize or else she would “handle things” her own way, though it’s unclear what she meant by that.

This isn’t the first time that Bhad Bhabie (born Danielle Bregoli) sounded an alarm over the treatment she suffered as a result of appearing on McGraw’s show. In February 2021, she claimed that she had been “malnourished” and “abused.”

Bhad Bhabie says she was abused at Turn-About Ranch

Bhad Bhabie said in an Instagram post that Turn-About-Ranch was an abusive and torturous environment where people were punished for reporting sexual assaults allegedly perpetrated by staff members. She also claimed that Dr. Phil McGraw was aware of the environment when he sent the teenagers who appeared on his show to the ranch. “There’s been a murder at this facility, reports of torture and now a report of sexual abuse and Dr. Phil still continues to send trouble children here even after knowing this stuff has happened at this facility,” she wrote in the caption. “I went through being malnourished, abused, and having to do hard labor and being there while someone was murdered. I came back with more trauma then I went there with. I was sent to this place to get help.”

Another woman who appeared on Dr. Phil as a teenager, Hannah Archuleta, is suing the Utah facility, reported the Associated Press. Represented by celebrity lawyer Gloria Allred, the lawsuit says that she was assaulted multiple times by a male staff member at the ranch when she was 17 years old and that when she reported it the staff was “skeptical and dismissive.” She alleged that staff retaliated against her by subjecting her to “both physical and emotional abuse to silence her.”

Turn-About Ranch isn't the only facility under scrutiny

Dr. Phil McGraw has not addressed the allegations the women have made about Turn-About Ranch, which boasts itself as a “real working cattle ranch” where problematic teens can be rehabbed. Many youth facilities like this one have come under scrutiny after Paris Hilton shared her allegedly traumatic experience at a similar sort of facility, the Provo Canyon School, in her 2020 documentary, This Is Paris.

“For the past 20 years, I have had a recurring nightmare where I’m kidnapped in the middle of the night by two strangers, strip-searched, and locked in a facility,” Hilton says in the documentary (via The Independent). “I wish I could tell you that this haunting nightmare was just a dream, ​but it is not​.” Hilton later appeared in court to testify against Provo. After hearing her story, other teens who had been sent to youth facilities began sharing their stories under the hashtag “Breaking Code Silence.”

It seems that tweeting about RuPaul’s Drag Race isn’t going to be enough for people to forget about the claims from Hilton, Bhad Bhabie, and others. Given the sheer amount of stories and the similarities between them, it seems only fair that people want McGraw to use his platform to help further the movement, get to the bottom of the allegations, and, hopefully, ensure the safety of teens seeking his or an actual therapist’s counsel.

If you or someone you know may be the victim of child abuse, please contact the Childhelp National Child Abuse Hotline 24/7 at 1-800-4-A-Child (1-800-422-4453) or contact their live chat services at www.childhelp.org/hotline.