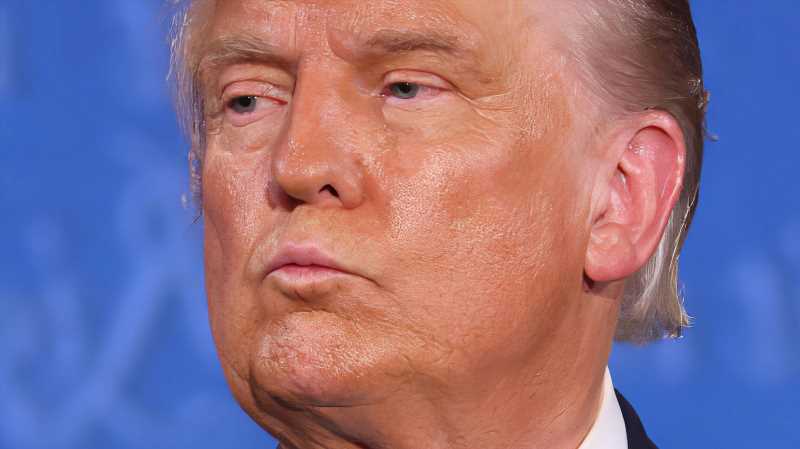 Donald Trump has reportedly been quietly preparing his return to politics since his loss in the 2020 presidential election, but he hasn’t stayed totally out of the spotlight. In recent months, he’s made rare appearances at Republican events and around his Mar-o-Lago resort in Florida, as well as the World Economic Forum.

The former commander-in-chief made his return to the public eye for the first time since exiting the White House at the Conservative Political Action Conference in March. There, he spoke about his “journey” in politics, noting his presidential run is “far” from being over. “We have the Republican Party. It’s going to unite and be stronger than ever before,” Trump said, via CBS News. “With your help, we will take back the House, we will win the Senate, and then a Republican president will make a triumphant return to the White House. And I wonder who that will be,” he continued, pushing the false narrative that he won the 2020 election. “We need election integrity and election reform immediately.”

As he took the stage at the World Economic Forum in Davos, Switzerland, one month later, Trump expressed his “disappointment” in Mike Pence, whom he said lacked the “courage” to speak up about his claims of a stolen election. No matter what Trump believes, however, it seems he’s still working towards getting back into the world of politics. To find out what he said during his latest return to the stage, keep scrolling.

If Donald Trump is planning to kickstart a new career in politics, fellow Republicans are hoping he’ll stop harping on the past. During a nearly 90-minute speech at the North Carolina GOP Convention Dinner on June 5, 2021, Trump focused on his 2020 election loss — which he called “the crime of the century” — rather than speak on his policies and plans for America, CNN reported.

“I am not the one who is trying to undermine American democracy, I am the one who is trying to save it,” the TV-star-turned-president said during the event, likening the presidential election against Joe Biden to that of a “third-world” country. “What happened to this country in that last election is a disgrace.” In his speech, which kicked off the start of his summer tour, Trump also pointed blame at the current commander-in-chief. “The Biden administration is pushing toxic critical race theory … into our nation’s schools,” the “Apprentice” alum claimed. “Joe Biden and the socialist Democrats are the most radical Democrats in our nation’s history.”

Unsurprisingly, he had something to say about chief medical advisor Dr. Fauci’s March 2020 emails being leaked. Since the beginning of the coronavirus pandemic in early 2020, Trump downplayed the virus’s severity while also criticizing Fauci’s handling of it. After BuzzFeed released the emails in June, Trump said that Fauci has “perhaps never been more wrong than when he denied the virus and where it came from.”