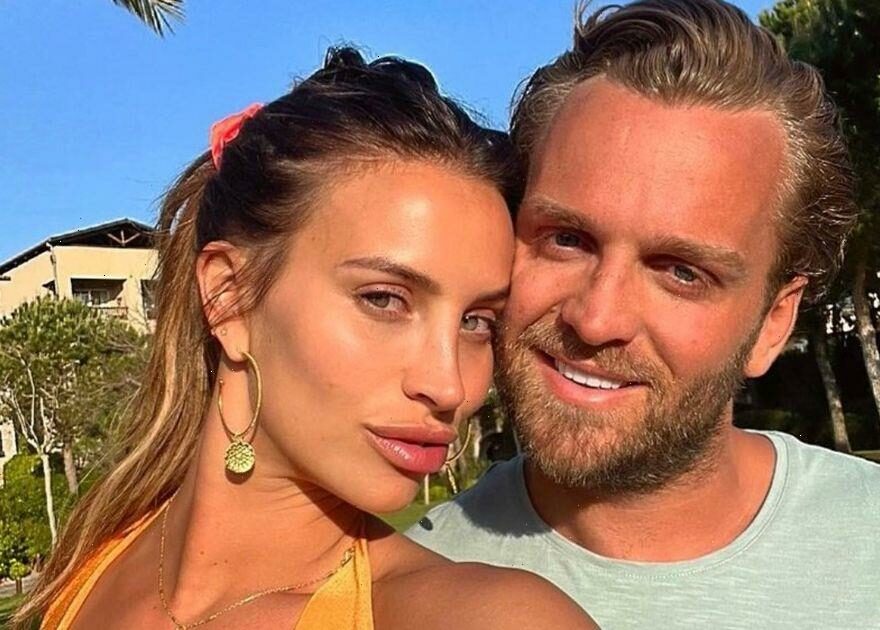 A wealth of famous faces have offered their heartfelt congratulations to Ferne McCann and Lorri Haines after the pair announced their engagement on Saturday just seven months after they began dating.

The former TOWIE star first revealed the news to fans on Instagram on Saturday afternoon after Lorri popped the question during a romantic getaway to Paris.

Sharing a snap to social media that revealed the intricate and stunning diamond engagement ring she had been gifted to mark the occasion, Ferne, 31, wrote: "So happily ever afters do exist”.

"I cannot wait to do forever with you baby @lozzahaines," the mum-of-one added.

Immediately after the news was made public, countless fans and famous faces flooded the comments section with messages of support and congratulations for the happy couple.

James Argent also couldn’t hide his excitement for the pair, as he wrote: “My beautiful friend, You deserve this so much. I Couldn’t be happier for you.”

The sentiment was also echoed by Vicky Pattison who added: “Arghhhhhhhhhh!!!! I am losing my mind over this. Congratulations you two!!!!! I'm just so happy for you x”

Abbie Quinnen also expressed her joy for the couple, writing: “OMG best news ever!! Massive congratulations to you both.”

Before Love Island star Siânnise Fudge wrote: “Congratulations babe you deserve this soo much! So happy for you”

Meanwhile Faye Winter wrote: “CONGRATULATIONS!!! You both deserve the world!”

Within just four hours the post has received more than 200,000 likes, and countless comments celebrating the happy news.

The pair's engagement comes after Ferne told OK! in May thatshe was sure it was going to happen .

"[Marriage and kids] is definitely something we talk about all the time. Lorri’s the first person I can see having a future with, so those things often come up.

And with one of my best friendsDanielle[Armstrong] getting married this year – it’s happening all around us," she revealed to us.