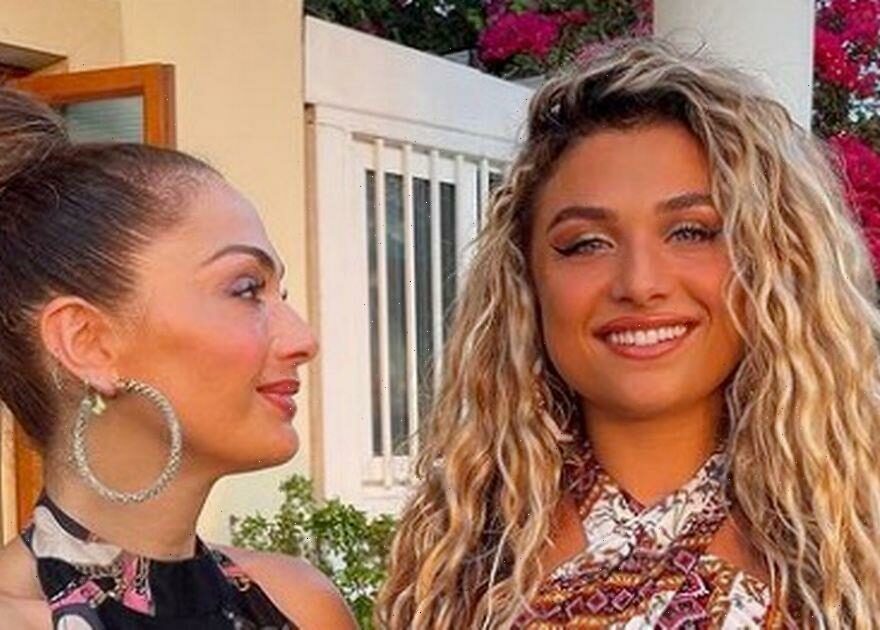 Tonia Buxton has opened up on her daughter Antigoni Buxton's unexpected dumping from the Love Island villa Friday 1 July.

The famous chef praised the 26 year old singer for being "wonderful" during her time on the show, and revealed the blonde bombshell was "proud" of herself.

“My girl is out, she’s out of Love Island and I couldn’t be happier and I can’t wait to see her."

While the family members were excited to see each other and bask in their reunion, Tonia admitted Antigoni had been disappointed by her untimely exit.

“I’m going to pick her up today, she’s so proud, she’s been wonderful," the star continued. "I know she would have liked to be there longer, but it doesn’t matter.

“She had a good time when she was there, and it’s all about her music, people, click on her music!" the cook added.

The previous episode had already revealed the three boys and girls that the public had deemed the least compatible with their partners.

Along with Antigoni, 21 year old Danica Taylor and Tasha Ghouri, 23, were in the bottom three, and Jay Younger, 28, and Andrew Le Page, 27, joined Real Estate career man Charlie with the boys.

But while Greek-Cypriot stunner Antigoni was the newest contestant to the villa, and had yet to form much of a connection with any of the boys, many viewers were shocked that the boys didn't vote out Leicester dancer Danica instead.

Danica has made some seriously bold decisions in the villa, tearing international dressage rider Gemma Owen, 19, and fishmonger Luca Bish, 23, apart on her very first day, before later choosing to couple up with Scottish hunk Jay.

Jay had told the brunette beauty that he was more interested in forming a connection with Antigoni, who was closer in age, only hours earlier.

The decision caused drama between Danica and the singer, who claimed the dancer should have known to choose Charlie instead.

The exit rocked the villa at first, with paramedic Paige Thorne, 24, crying that she had made one of her "best" friends in Antigoni, though Luca and the rest of the boys stuck to their guns on choosing the pair they did.

Tasha and Andrew were also left reeling from the public's vote on them being one of the "least compatible" couples on the show, with the former later seen crying on the terrace.

The next day, there wasn't too much time to dwell, as the girls were told it was time for a "girls night out" filled with cocktails and fun.

After excitedly getting ready for an evening of girl talk, all was not as it seemed and sneaky producers whisked the girls away to Casa Amor instead.