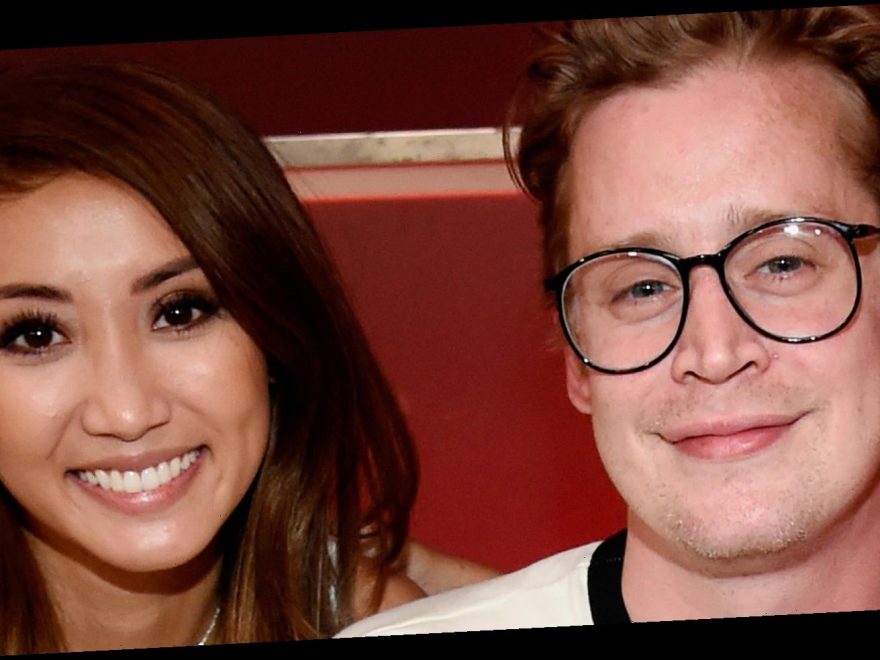 Macaulay Culkin and Brenda Song may seem like an unlikely pairing, but they have a lot more in common that you think. Culkin and Song first met in 2017 after they were both cast in Seth Green’s directorial debut, Changeland (via IMDb). The movie wasn’t particularly popular or acclaimed, but it marked the start of something special for the couple.

Culkin lives a pretty private life for an actor who is recognized worldwide. In a recent interview with Esquire, he said he’s often met with surprise when introduced to new people, who expect him to be less well-adjusted than he is. “People assume that I’m crazy, or a kook, or damaged. Weird. Cracked,” he said. “And up until the last year or two, I haven’t really put myself out there at all. So I can understand that. It’s also like, okay, everybody, stop acting so freaking shocked that I’m relatively well-adjusted.”

That’s not all he touched on in the candid interview. He also gave some of his most revealing marks so far about his relationship with Song.

Brenda and Macaulay bonded over their experiences in the business

Both of the actors’ dating statuses were of interest after their exits from high-profile relationships. Song was in an on-again-off-again relationship with Trace Cyrus, brother of Miley Cyrus, for seven years (via J-14). Culkin was last publicly romantically linked to Mila Kunis, whom he dated for nine years before their 2012 breakup (via GoalCast).

Romance rumors started circulating when Song and Culkin were seen on a double date with Seth Green and his wife, Clare Grant. Apparently, the two initially bonded over being child actors. While Culkin’s resume is more well-known, Song has been a working actress for 25 of her 33 years. “Child actors, we don’t even get to talk about it. You just look each other in the eye and you nod and we know,” Song told Entertainment Tonight.

The Home Alone star recalled his child actor experiences in the Esquire interview. “It coulda been worse, you know? I wasn’t working in a coal mine. I wasn’t a child soldier. My father was not sexually abusing me. Certain [effed]-up things happened, but [effed]-up things happen to kids all the time and they don’t come out the other end. I’ve got something to show for it, man.”

Macaulay introduced Brenda to his goddaughter, Paris Jackson, early on

That November, Culkin and Song spent time in Paris with Culkin’s goddaughter, Paris Jackson (via Us Weekly). The couple and Jackson were spending time in the city separately. Jackson was backpacking around for a number of weeks, while Culkin and Song hung out in Paris proper for weeks around Thanksgiving.

Jackson was clearly a fan of the couple. She even included a photo of them in a photo dump shared to celebrate Culkin’s birthday in 2018. “Happiest of birthdays, Mack attack. I love you so, so dearly and keep you very close to my heart. Always,” she captioned the series of images that also showed her and Culkin spending time together.

Though the two are so private in their relationship, Culkin seems to have made a point of developing connections between Song and all the major players in his life.

Macaulay thought the relationship was too good to be true

Aside from the chaos of being a child star, Culkin has also experienced loss. His older sister, Dakota, died after being hit by a car in 2008, when she was just 29 years old (via The New York Post). He became used to negativity. When he started dating Song, he spent a lot of time “waiting for the other shoe to drop” (via Esquire). “And it’s always gonna drop,” he continued. “Something bad’s gonna happen. Someone’s gonna die!”

Despite those fears, things between the two have gone really well. Song is supportive of all of Culkin’s endeavors and even commented on wanting to see him get into acting more. “I truly believe that he is the actor he is now because of all the things he had to go through,” Song told Esquire (via Today). “He has gone through so much tragedy; he’s had so many ups, so many downs; he’s seen the ugly side of this industry; he’s also seen the amazing side of this industry. So he can pinpoint exactly what he doesn’t want and what he doesn’t like about it. But yeah, I hope, I hope, I hope.”

Brenda is equally smitten with Macaulay

Outside of his profession, Song also believes she can see the deeper good in Culkin that few get close enough to see. “People don’t realize how incredibly kind and loyal and sweet and smart he is,” she told Esquire. “Truly what makes Mack so special is that he is so unapologetically Mack. He knows who he is, and he’s 100 percent okay with that. And that to me is an incredibly sexy quality. He’s worked really hard to be the person he is.”

And Song is definitely smitten with the person that he is. In a sweet Instagram post for Culkin’s 40th birthday last August, she wrote, “Happy 40th birthday to this magical being. I could sit here and write endlessly about how wonderful, kind, loving, genuine, loyal, honest, brilliant and hilarious you are, and how grateful I am that I get to share and do this life thing with you. But firstly, that would take me an eternity and secondly, you won’t even see this because you don’t ever use Instagram. Hahaha” (via Us Weekly).

She ended the post with, “My unicorn that I never thought could exist, I am luckiest person in the world because I am loved by you.”

They want to start a family

McCauley Culkin and Brenda Song are looking to start a family. “We practice a lot,” he said in his 2020 interview with Esquire. “We’re figuring it out, making the timing work. Because nothing turns you on more than when your lady comes into the room and says, ‘Honey, I’m ovulating,'” he joked.

For now, the two have a family of pets: two cats, Apples and Dude, a fish named Cinnamon, a Shiba Inu dog named Panda, and a blue-headed pionus (a species of parrot) named Macho. The blue-headed pionus originally belonged to comedian Andy Richter, who had named it Nacho.

As Culkin told Esquire, he is in a good place right now and realizes how lucky he is. “I mean, look at me: I got money, I got fame, I got a beautiful girlfriend and a beautiful house and beautiful animals,” he said. “It took me a long time to get to that place, and I had to have that conversation with myself and go, like, ‘Honestly, Mack?’ It’s not so bad. I want for nothing and need for even less. I’m good, man.”