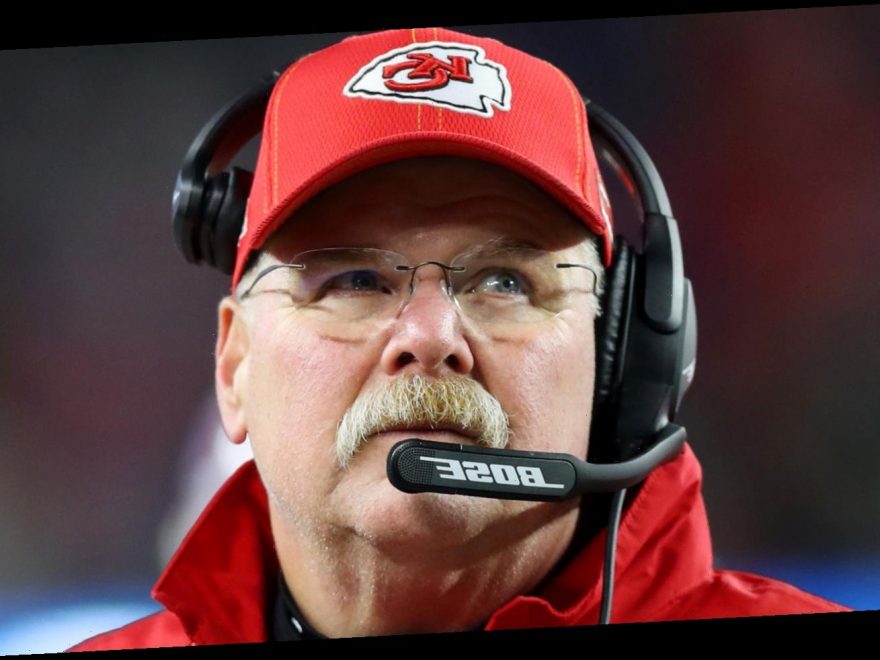 On Feb. 7, 2021, the Kansas City Chiefs will face off against the Tampa Bay Buccaneers as the former team vies for a back-to-back Super Bowl win. However, for Chiefs coach Andy Reid, a second consecutive victory might be bittersweet, as his son Garrett Reid won’t be there to see it.

Per USA Today, Reid’s son Garrett “died from an accidental heroin overdose” on Aug. 5, 2012. At the time, the 29-year-old was staying at Lehigh University “where he had been assisting the Eagles strength and conditioning coach during training camp,” per the outlet. He was discovered in his dorm room where “investigators found a used syringe, spoon and 19 vials of an unknown liquid substance in his room, along with many unused needles and syringes.”

Garrett’s struggles with substance abuse had previously been made public following a 2007 arrest. According to NBC Philadelphia, “[i]n 2007, Garrett admitted he was high on heroin when he crashed into another car.” He ended up injuring the other driver. While Garrett was out on bail, he found himself under arrest once again after failing a drug test. Ultimately, Garrett was sentenced to 23 months in prison. After serving seven months, he was sent to a half-way house. In 2009, Garret was arrested once again for failing a drug test.

Andy Reid's son is never far from the coach's mind

According to Today, Andy Reid paid tribute to his son in 2020 after the Kansas City Chiefs defeated the San Francisco 49ers. After Reid lifted the Lombardi Trophy, his family joined him on the pitch for a long group hug. “You can’t help but think of him. Absolutely,” Reid told The Philadelphia Inquirer. “I’m all right there. I think of the good things. I try to. Always the good things.” Speaking about how the Super Bowl win was “great” for his family, Reid said, “It’s a positive. With the loss of Garrett, he was there for us, with us.”

Wife Tammy Reid told the Inquirer that she was wearing a sapphire-encrusted ring in honor of Garrett. The other Reid children had each gifted her a ring when they got married, and they eventually decided to buy her one on behalf of Garrett as well. Tammy also said it was “amazing” that their whole family could be there for her husband’s victory. “Except for ‘G’,” she added. “So sad, but I know he’s watching us.”

If you or someone you know is struggling with substance abuse and mental health, please contact SAMHSA’s 24-hour National Helpline at 1-800-662-HELP (4357).