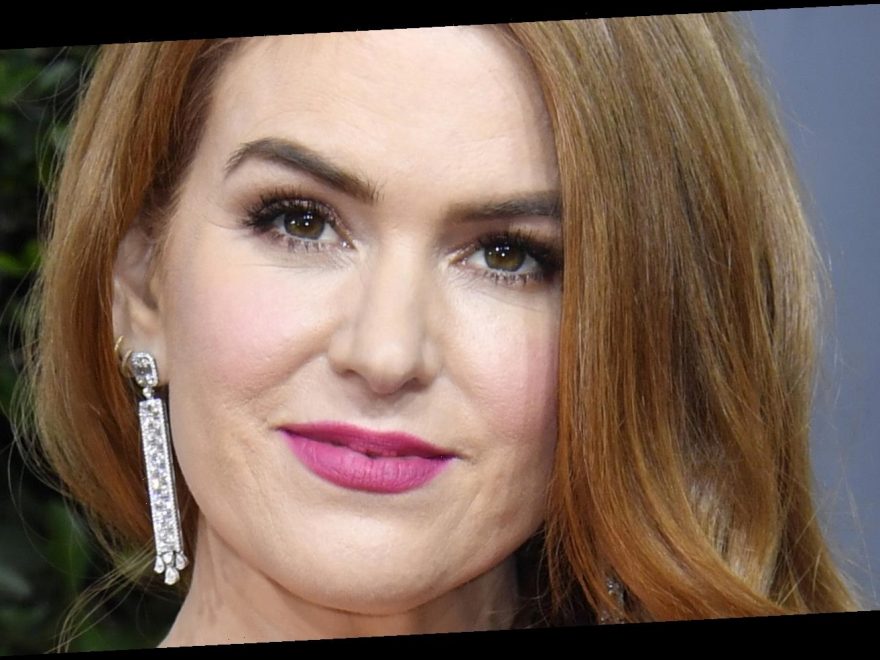 If there’s one thing that Isla Fisher can boast, it’s having a great sense of humor — which is probably why she gets along with her Dictator, funny man husband, Sacha Baron Cohen, so well. Despite having her own unique and established career, the 45-year-old actress has spent a good majority of her time in the limelight being mistaken for none other than Amy Adams, another actress with her own distinguished career. It would make sense that Hollywood finally decided to profit off of Fisher and Adams’ doppelgänger looks by casting them in the 2016 film, Nocturnal Animals. Both actors portrayed the same character (Adams is reading a book out loud and Fisher is representing Adams’ character).

In an interview from April 1, on The Project, Fisher was asked about her thoughts on constantly being mixed up with Adams — and she couldn’t help but joke about it. “We laugh about it because Amy has blue eyes and I’ve got brown, our husbands have laughed about it, too,” she said (via the Daily Mail).

This iconic celebrity even mistook Fisher and Adams

Continuing the banter, Isla Fisher tells a story of a time in 2017 that she met none other than the iconic Lady Gaga at a party. There she was, dressed to the nines, when suddenly, the music icon approaches her. “And she’s heading right toward me, and she says, ‘Thank you. Your performance in American Hustle, Amy, was…’ And I’m thinking, ‘Oh my gosh, it’s Lady Gaga. I love her so much. I don’t want to tell her the truth’.” She continues, explaining that she didn’t have it in her to correct Gaga, so she simply “bowed [her] head” and thanked her (via Elle).

Fisher claims that these mishaps don’t happen as much these days, but not because people have suddenly learned to tell the two apart. Indeed, she thanks the pandemic for minimizing her identity crisis, saying no one mistakes her for anyone these days because she’s “been inside the house in COVID for a year (via the Daily Mail).”

But Fisher can’t help but lean into the humor of the whole situation. According to US Magazine, back in 2016, Fisher revealed on Today, that while preparing their holiday photos, she decided to play a little joke on people. “I cut and pasted Amy Adams’ face over mine, so it was Sacha, Amy and the kids,” Fisher jokingly admitted. “And then we said, ‘Seasons greetings from Sacha and Isla.'”