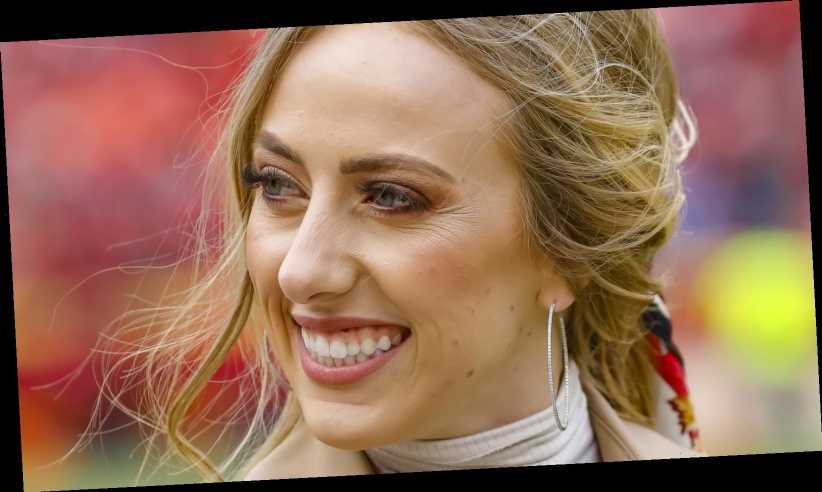 Brittany Matthews appears to be in postpartum bliss — but she won’t be sharing photos of it anytime soon. The 25-year-old recently gave birth to her very first child, whom she and NFL star fiancé Patrick Mahomes named Sterling. The couple planned a photoshoot for the newborn but appear to have kept most of the photos for themselves, sharing only one photo of Sterling laying on her stomach, wearing a pink onesie, showing off the cute ruffles of her outfit. “Ruffle butt,” Matthews captioned the photo (via E! Online).

But glimpses of the new bundle of joy are most likely all we can expect for now, as Matthews explained in a recent Instagram story (via People). “We will share photos of her when we [feel] the time is right,” she wrote. “I know the Internet will instantly take the photos of her and share everywhere so just preparing myself for my newborn baby girl to be shared to the world! Right now we are just soaking in every minute with her.”

Despite her desire for privacy, fans are absolutely overjoyed for the couple and have allegedly been leaving them incredible amounts of love all over social media. “You guys have been just the sweetest ever commenting on all my posts saying that I look so good and like I haven’t had a baby, and I just want you guys to know that I appreciate y’all.” She continued, “I appreciate all the positive, sweet people that I have here on my platform. Y’all are just the greatest and I just wanted to say thank you and that I love you guys” (via People).

While baby details might remain a bit hush hush, the couple have recently announced that they’re making motions to begin planning their wedding. Matthews shared a photo on Instagram of herself embracing her quarterback hunk, the two dressed all in white, with a caption that read, “It’s wedding planning time. We have a date & place wahoooooo #2022.”