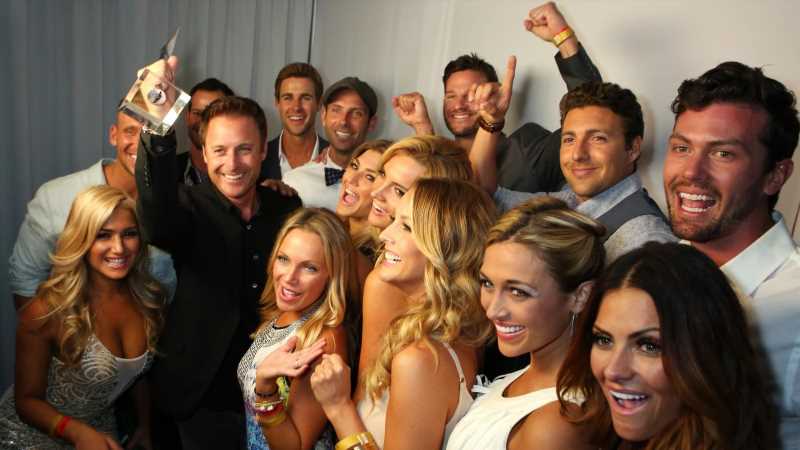 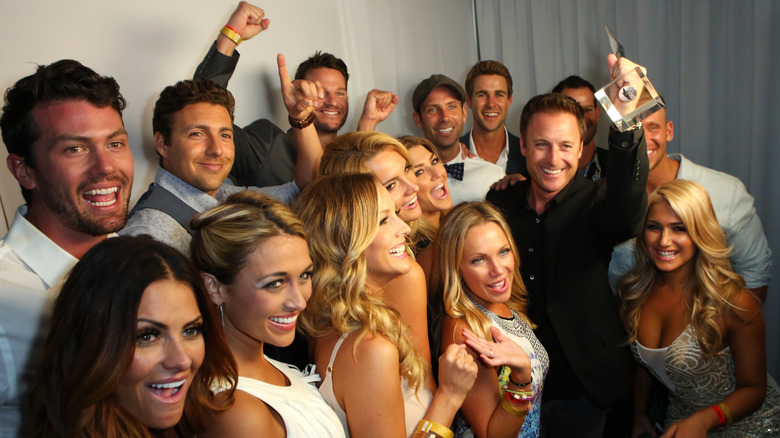 From “Big Brother” to “Bachelor in Paradise,” one question hangs heavier over reality TV audiences than any other — how much of what we’re seeing is real? The answer across the board seems to be a resounding “not much”. HGTV has been exposed for changing the stories of people selling their homes to make it more interesting, and even of swapping out real homebuyers for younger actors (via HuffPost). And CBS favorite “Survivor” has been revealed to often cast models and actors over the tens of thousands of applicants they receive per season (via Today).

So what does that mean for our favorite franchise? We already know that most of “The Bachelor” franchise is scripted (no matter how much we want to deny it). According to Cosmopolitan, producers pretty much control everything, from “can I steal you for a sec?” moments to limousine outfits — and even sometimes who goes home. One of the craziest rules though is something you’ve probably never thought about.

Contestants aren't allowed to eat the food on dates 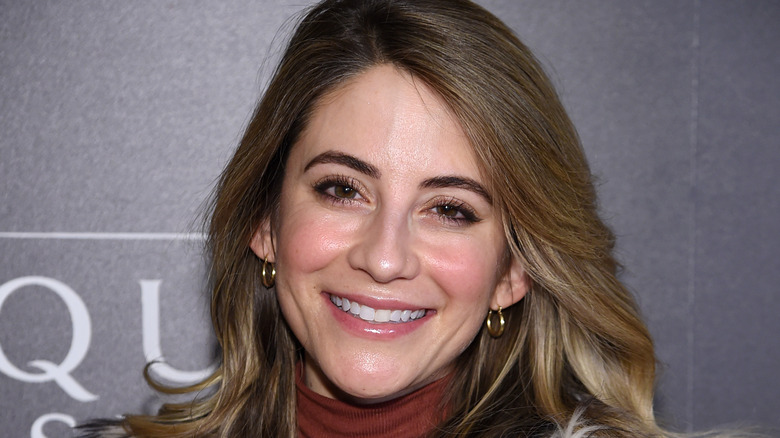 Think back on all of the “Bachelor” dates you’ve watched over the years. How many times have you seen a contestant sit down for a candlelit dinner and dig into the juicy steak in front of them? Or pick at a piece of fruit from the spread set up in the fantasy suite? We were just as shocked as you are. According to Insider, contestants eat at the mansion or at their hotel before dates. Contestant Jaclyn Swartz explained that the reason for this was that, “if you’re eating, you aren’t talking.” Producers fill contestants up before their dates so that the couple can spend the time opening up instead of chowing down.

According to Refinery29, contestants make their own meals on “The Bachelor” and “The Bachelorette.” The mansion is stocked for contestants with staples like fruits, vegetables, sandwich meat, eggs, etc., and they’re allowed to write down a grocery list for shoppers for the show, but contestants are on their own when it comes to actually preparing meals. Producers do give contestants an occasional break from cooking, as there are catered meals available during rose ceremonies as well as some nights as a treat. However, contestant Ashley Spivey said that the food often “isn’t the healthiest,” citing foods like California Pizza Kitchen or fried chicken tenders.