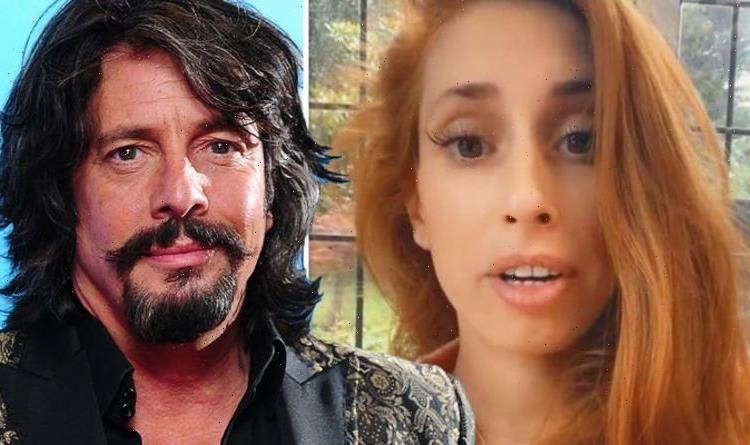 Stacey Solomon admits to feeling 'guilt' after birth of daughter

Tap to Tidy influencer Stacey Solomon has come under fire from Changing Rooms star Laurence Llewelyn-Bowen who has revealed that he is less than taken with the shades of grey the mother-of-four has adorned Pickle Cottage with. The flamboyant designer, 56, didn’t hold back when it came to dishing out decorating advice, imploring home DIY-ers to steer clear of “Stacey Solomon grey” when revamping their homes.

When asked about the Loose Women star’s pervading colour scheme in her Essex-based home, the interior designer revealed that he had one major issue with her choice of colours.

Going on to offer some decorating advice, he went on: “Bring your personality out, not just Stacey Solomon grey!” he told The Mirror at the Together For Short Lives Ball last night.

The interior design star walked the red carpet alongside his wife Jackie.

Flame-haired Stacey and her fiance Joe Swash moved their family to their dream home back in March.

Since then, Stacey has been documenting her renovation and DIY efforts inside Pickle Cottage on social media.

The star is known for the muted tones and grey hues which feature around her home.

Last month, interior designer Laurence opened up about the “phenomenal pressure” that comes with hosting Changing Rooms after the show was rebooted.

Laurence remains the only original member of the Channel 4 show as the comeback features a range of new faces.

“The funny thing was, because it’s actually been going on for a while, I’ve been quite involved in the set up of it,” Laurence said when asked about revisiting the show after such a long time without it.

“So actually, the honest answer is that I was dreading this!” he revealed.

The designer explained: “When it started actually getting closer and closer we had to isolate for seven days beforehand and I remember leaving the family, standing outside the house in the car with all my stuff and driving away thinking ‘Oh my God’.

“Because at that point, all I could remember from Changing Rooms was just the sheer exhaustion and the mental stress.

“I’m not a very stressy person but it’s a phenomenal amount of pressure to get the room done, and to get it right,” Laurence added.

After Stacey’s new BBC show Sort Your Life Out aired earlier this month, presenter of Big House Clear Out, Nick Knowles, leapt to the star’s defence after viewers accused her of “ripping off his TV show”.

Nick addressed the criticism after Twitter user @fatboyliving fumed: “@StaceySolomon appears to be duplicating @MrNickKnowles and throwing rubbish out.

Nick retweeted the comment in view of his 159,000 followers and responded: “There is plenty of room for more than one show about decluttering – neither of these formats is the first in this space – there have been many shows on other channels for years about decluttering.

“Anything that helps people is a good thing & @StaceySolomon is lovely & kind,” Nick ended his response.