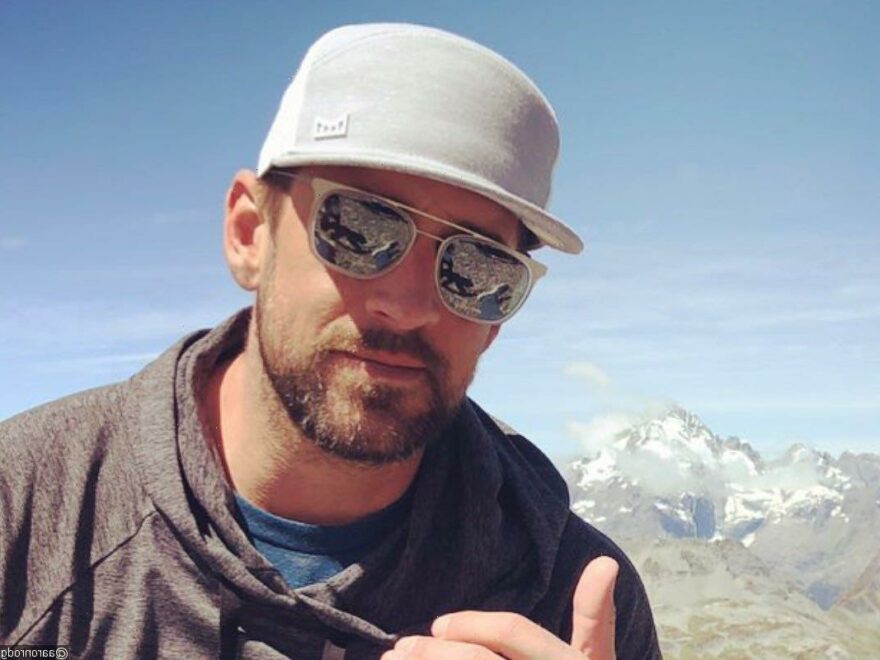 The Green Bay Packers quarterback insists that he has to ‘stay true’ to himself, noting that he’s ‘not an activist,’ after saying that he’s ‘immunized’ despite not taking the shot.

AceShowbiz –Aaron Rodgers has spoken out after facing heavy criticism for saying that he was “immunized” despite not taking COVID vaccines. In a new statement, the Green Bay Packers quarterback said that he will take “full responsibility” after making “misleading” comments about his vaccination status.

“I made some comments that people might have felt were misleading,” the 37-year-old athlete said during the Tuesday, November 9 episode of “The Pat McAfee Show”. He added, “To anybody who felt misled by those comments, I take full responsibility.”

Aaron explained, “But in the end, I have to stay true to who I am and what I’m about. And I stand behind the things that I said.” Shailene Woodley‘s fiance did not respond to any specific criticism during Pat McAfee‘s radio show, but he said that he doesn’t want to become a poster boy for anti-vaxxers or any group for that matter. “I’m an athlete; I’m not an activist,” he stressed.

Aaron admitted to having his feelings hurt over the backlash he’s faced. “People that know me know this is true: I’m not spending time reading things that are out there,” he told host Pat and co-host AJ Hawk, a former Packers linebacker and teammate.

“I know that there’s a lot of stuff out there,” Aaron continued. “I know there’s been a lot of comments said. I understand that this issue is in general is very charging to a lot of people because we’re talking about public health, and I totally respect that.”

Aaron then went on to claim that he “made a decision that was in the best interests based on consulting with [his] doctors.” He further noted, “I understand that not everybody is going to understand that, necessarily.”

Aaron tested positive for the disease earlier this month. After contracting the deadly virus, he explained why he told the news media in August that he was “immunized” and why he’s not vaccinated. “I am somebody who’s a critical thinker. I believe strongly in bodily autonomy and the ability to make choices for your body,” the three-time MVP said during the “Pat McAfee Show” on November 5.

“I am not a COVID-denier or any like that,” Aaron stressed. “I just wanted to make the best choice for my body.” He also shared that he has been tested daily per NFL protocol and that he’s “in the cross hairs of the woke mob right now.”