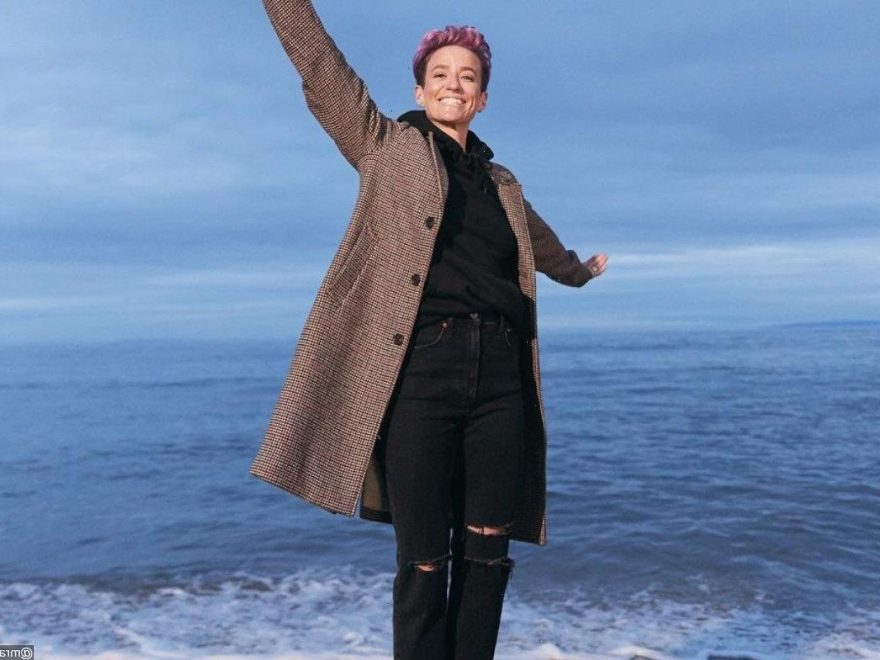 In 2011, the new face of Victoria’s Secret allegedly sent a Twitter post to former professional soccer player and Olympic gold medalist Natasha Kai that read, ‘U look Asian with those closed eyes!’

AceShowbiz –Megan Rapinoe has just landed in hot water after an old social media post of hers resurfaced online. The liberal soccer star, who became a new face of Victoria’s Secret this week, faced backlash for mocking “Asian eyes” in a tweet from over a decade ago.

The 35-year-old had reportedly made the tweet to former professional soccer player and Olympic gold medalist Natasha Kai, who is mixed of Hawaiian, Chinese, Filipino and Caucasian heritage, as per Sports Room report. “U look asian with those closed eyes!” read the tweet, which was mentioned to user @tasha_kai00 and shared on May 19, 2011.

Megan’s alleged troubling tweet from 2011 has sparked outrage online. A user asked, “I wonder what day she decided to stop racisming?” while another tweeted, “Knew Victoria Secret was gonna bomb for hiring her, I just didn’t know it be this fast.” A critic chimed in, “Oof, anti-Asian hate doesn’t look good in lingerie, @VictoriasSecret,”

In the meantime, others mocked her as she made the post from a BlackBerry phone. “I’m not ashamed for your racism against asians, I’m ashamed you owned a BlackBerry when iPhone was the superior smartphone,” another Twitter user chimed in, “People, remember nothing will happen to her she’s on that one side. You know the side that would have literally anyone else gone by now for a tweet from 2011 with 200 likes lmao. AND FROM A BLACKBERRY.”

Megan’s old tweet resurfaced after it was announced that Victoria’s Secret chose her, including Priyanka Chopra and Valentina Sampaio, as their new brand spokespersons on Wednesday, June 16. In an interview with the New York Times, the athlete herself said the company was “patriarchal, sexist, viewing not just what it meant to be sexy but what the clothes were trying to accomplish through a male lens and through what men desired.”

On the other hand, Victoria’s Secret said in a statement about their new brand ambassadors, “We are proud to bring together an unparalleled group of trailblazing partners who share a common goal to drive positive change.” It continued, “These extraordinary partners, with their unique backgrounds, interests and passions will collaborate with us to create revolutionary product collections, compelling and inspiring content, new internal associate programs and rally support for causes vital to women.”