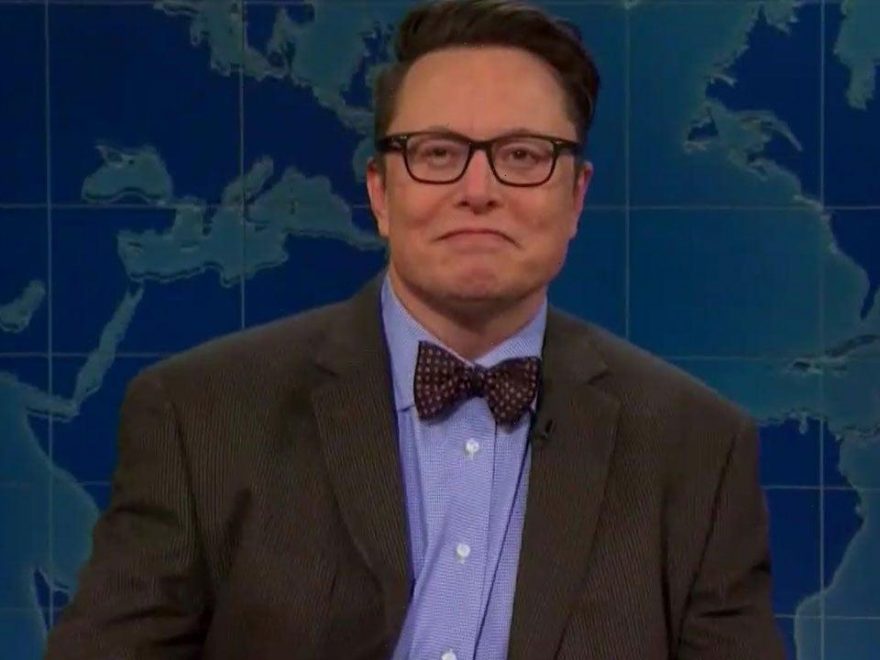 Elon Musk took the Studio 8H stage over the weekend for his Saturday Night Live hosting debut and, as many expected, there was a lot of cryptocurrency talk.

The controversial tech mogul had fans and critics debating the choice to tap him as a host in the lead-up to Saturday’s episode. However, one of the biggest questions was whether or not he’d mention Dogecoin, the satirical cryptocurrency that has skyrocketed in the wake of his repeated online endorsements.

As it turns out, Dogecoin — and cryptocurrency in general — actually played a prominent role in the episode. Apart from a mention in his monologue, Musk appeared as a guest on Weekend Update to talk about Dogecoin’s popularity.

Musk played a financial expert named Lloyd Ostertag, who spoke with Michael Che about the meteoric rise in Dogecoin’s popularity and value.

After referring to himself as “the Dogefather,” Musk’s Ostertag did his best to explain Dogecoin to those unfamiliar with cryptocurrency.

“They’re a type of digital money, but instead of being controlled by a central government, they’re decentralized using block chain technology,” Ostertag shared. “Lately, prices have been soaring for cryptos like Bitcoin, Ethereum, and especially Dogecoin.”

As for Dogecoin itself, Ostertag explained that it “started as a joke based on an internet meme. Now it’s taken off in a very real way,” and that it “was created in 2013 and has a circulating supply of 117 billion coins, of which 113 billion have already been mined.”

In response, Che asked the question that was still on many people’s minds: “Right, cool, so what is Dogecoin?”

After repeatedly trying to get a clearer answer to no avail, Ostertag explained, “It’s the future of currency. It’s an unstoppable financial vehicle that’s going to take over the world.”

“Yeah, it’s a hustle,” Musk’s Ostertag said, shrugging in agreement, before yelling the battle cry of crypto-traders across the world: “To the moon!”

Lloyd Ostertag stopped by the desk to talk cryptocurrency. pic.twitter.com/cuILxOBJlj

While Dogecoin played a surprisingly big part on Saturday’s show, fans had mixed reactions to Musk’s hosting, and the debate about Dogecoin’s legitimacy. The value of Dogecoin dropped steeply before the episode kicked off, and many fans seemed to be watching the show and their crypto-accounts with tense interest.

*ELON MUSK ON SNL: DOGECOIN IS THE FUTURE OF CURRENCY#DOGE#DOGECOINpic.twitter.com/zWZcwYnZgK

Apart from the crypto-speculation, many of Musk’s fans turned out to share their support of the tech mogul, who mentioned in his monologue how he’s the first SNL host with Aspergers, “Or at least the first to admit it.”

Musk appeared to be surprisingly open to playing some truly ridiculous characters, and also at poking fun at his own controversial comments and reputation. Something his supporters seemed to really appreciate and respond to.

As someone who has Aspergers, hearing Elon proudly speak about his neurological condition in his opening remark is very inspiring. Tackling every industry by storm, from the advent of the electric vehicle; to colonizing other worlds. @elonmusk is one hell of a human being! https://t.co/pb7wQ0ZM80

Thank you @elonmusk for being the coolest human on this planet.

For more on the controversy surrounding Musk’s hosting debut, check out the video below.