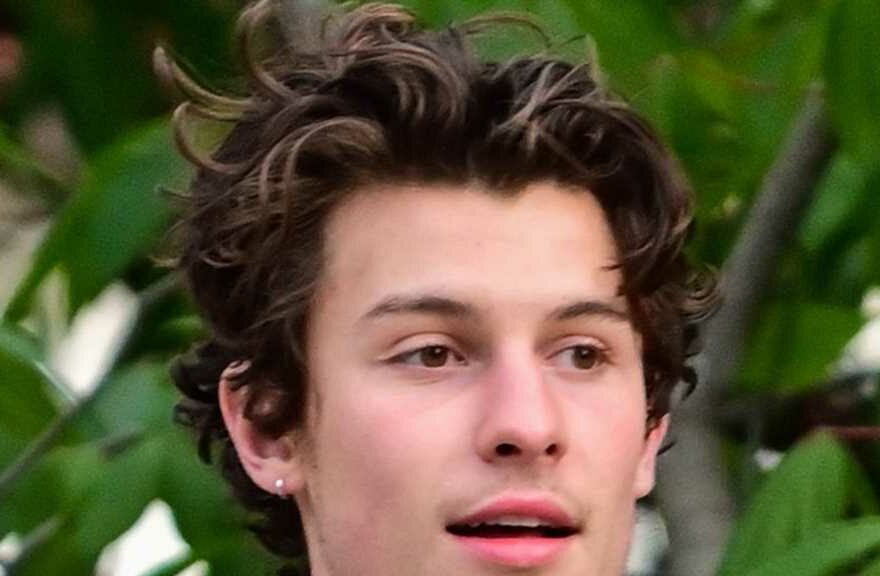 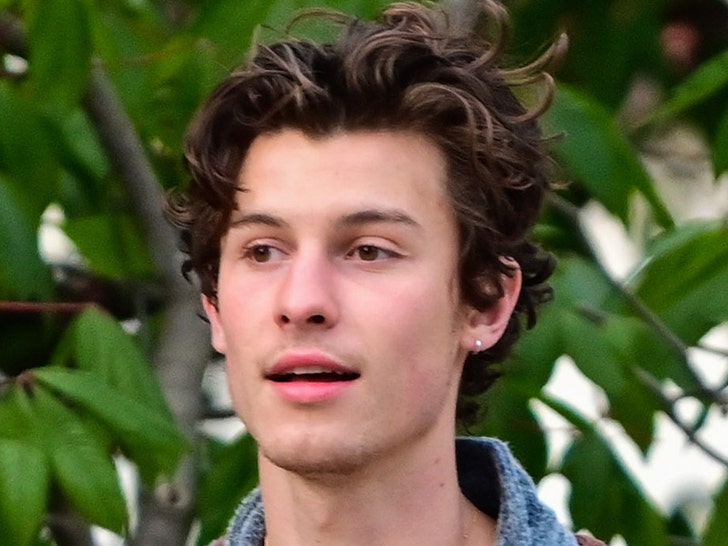 Shawn Mendes has canceled the rest of his world tour … saying he’s just not ready to get back on the road again after taking so much time off.

Mendes said in a statement Wednesday, “I started this tour excited to finally get back to playing live after a long break due to the pandemic, but the reality is I was not at all ready for how difficult touring would be after this time away.” 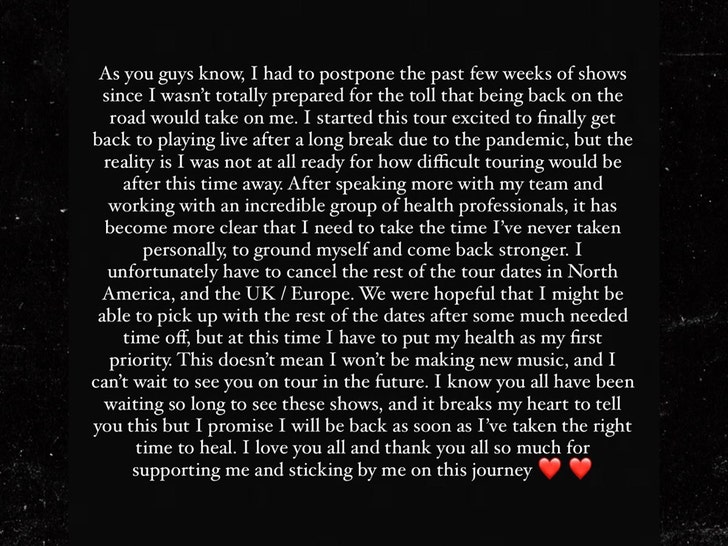 He continues, “After speaking more with my team and working with an incredible group of health professionals, it has become more clear that I need to take the time I’ve never taken personally, to ground myself and come back stronger.”

Shawn then says the rest of his dates in North America, as well as those in the UK and Europe, are canceled … though he will continue to make music.

As we reported, the singer announced a 3-week hold on his Wonder World Tour at the beginning of July, just a week after he kicked it off. 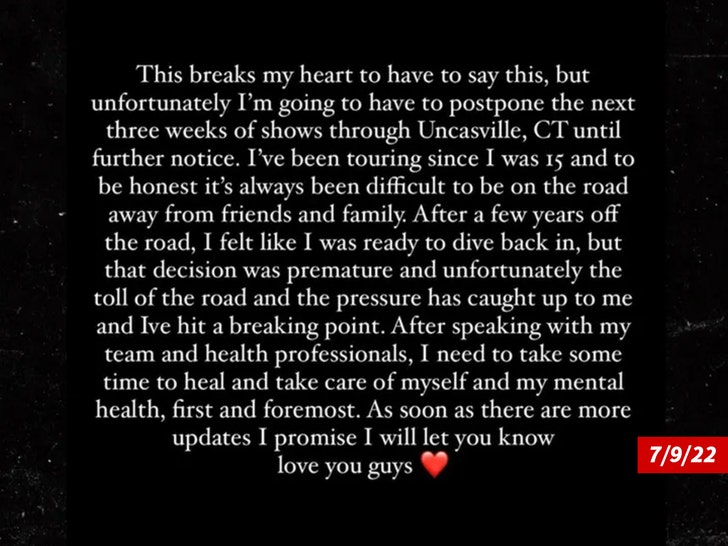 As for why he needed the break, he said … “I felt like I was ready to dive back in, but that decision was premature and unfortunately the toll of the road and the pressure has caught up to me and I’ve hit a breaking point.”

Shawn hinted at some struggles back in December when posted he was having a “hard time with social media at the moment, just kind of my relationship with it.” However, it sounds like he’s dealing with more than just social media right now. 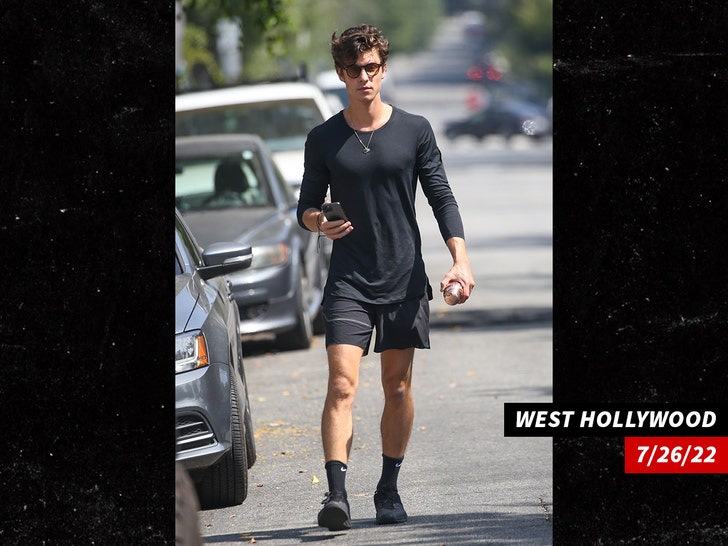 Shawn was spotted earlier this week in West Hollywood grabbing a coffee.